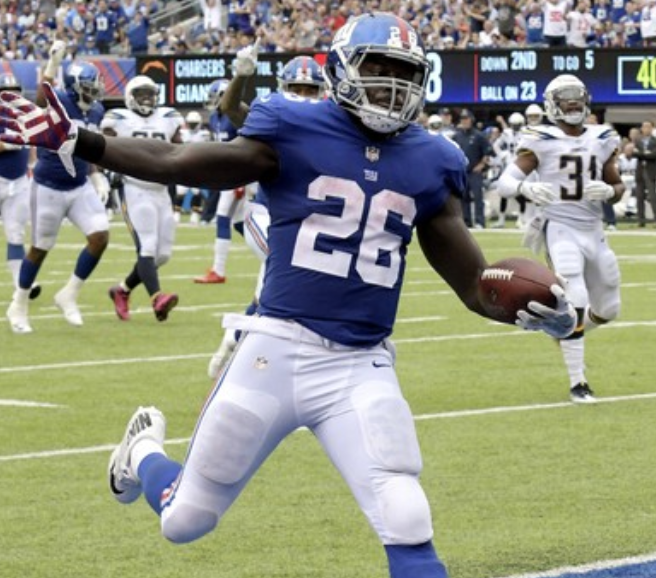 If you had any hesitation last week about adding Giants running back Orleans Darkwa, you should probably grab him now before it’s too late. After rushing eight times for 69 yards and a score during Week 5 against the Chargers, Darkwa dropped 117 yards on 21 attempts versus the Denver Broncos. Darkwa is the first running back this season to break the century mark against the dreaded Broncos defense. There are a couple of issues with adding Darkwa: The Giants host Seattle during Week 7 and the G-Men have a Week 8 bye. That being said, the schedule opens up for the Giants after Week 8 with games against the 49ers, Rams and Chiefs.

Eagles WR Nelson Agholor started the season off on fire but cooled off considerably over the next three weeks. Well, if Weeks 5 and 6 are any indication, Agholor is the man once again the man to own in Philadelphia. Eagles QB Carson Wentz looks for Agholor every time he drops back, targeting him 12 times in the past two games, completing eight passes for 148 yards and a pair of touchdowns. As long as Wentz is looking for Agholor, the numbers will keep coming to No. 13 in Philly. Ahgolor will have some down weeks, but he is a WR2 with plenty of upside and an inviting matchup next week against the Washington Redskins.

Cardinals wide receiver John Brown is NOT getting a ton of targets from Arizona QB Carson Palmer, but he has two touchdowns in his last two games and is clearly the No. 2 wide receiver on the team behind Larry Fitzgerald. Brown could have had a bigger game during Week 6, but after jumping out to a 21-0 lead against the Buccaneers, Arizona rode a resurgent Adrian Peterson to victory.