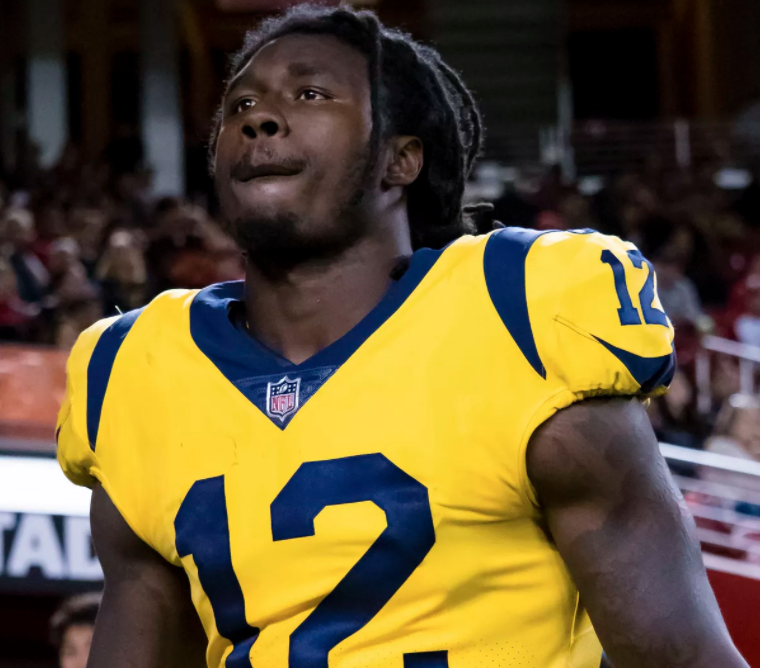 Folks, it’s time to cut bait on Los Angeles Rams wide receiver Sammy Watkins. Yes, Watkins exploded during Week 3 against the 49ers when he hauled in 6 passes for 106 yards and two touchdowns – But that that was LONG TIME AGO. Since then, during his last two games, Watkins has recorded just one catch for 17 yards. Things will get no better on the road for this fading player against a talented Jaguars pass defense. Keep Watkins OUT of your lineup.

Starting Packers running back Ty Montgomery could break your heart if you trust him in your Week 6 fantasy lineup. He’s dealing with multiple rib fractures and his status is up in the air for this week’s road matchup against the Minnesota Vikings. The Vikes boast the 3rd ranked run defense in the NFL and if the Packers are hoping for a full recovery for Montgomery, he might be better off sitting this one out. Either way, he’s a risky start for your fantasy team.

I’ll be the first one to admit that I have had very little luck picking “BUSTED” quarterbacks this season, but I think the return of Derek Carr may be just what the doctor ordered to get me back on the right track. Don’t get me wrong, Carr has a juicy Week 6 home matchup against the hapless Chargers. But Carr’s status is anything but certain and he still is only practicing on a limited basis. Coming into Thursday, Carr still has the questionable tag attached to his name and the Raiders know that their starting quarterback is at risk for aggravating the fracture in his back. Do yourself a big favor and have another quarterback ready to plug into your fantasy Week 6 lineup.