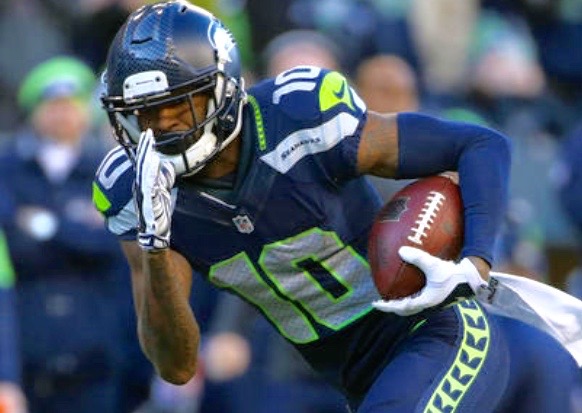 Seattle WR Doug Baldwin was absolutely abusing the Tennessee Titans during Week 3 until his he pulled his groin muscle. Despite all of Baldwin’s heavy usage, it was Paul Richardson who has now scored touchdowns in back-to-back games. Don’t be alarmed that Richardson collected only two catches for 30 yards against the Titans. What you should be concentrating on is the fact that Russell Wilson targeted him seven times. In fantasy football, heavy targets eventually turn into fantasy points and that’s why Richardson is my No. 1 waiver wire add for Week 4. Richardson has a juicy matchup at home against the Colts coming up, so he could definitely make for an interesting flex play, especially if Baldwin has to miss any time.

I’ve always steered clear of Smallwood, but now that he has basically been thrust into a starting role, I can’t ignore him any longer. After Darren Sproles broke his arm and tore his ACL against the Giants during Week 3, Smallwood took over and finished the day with 12 rushes for 71 yards. This doesn’t make Smallwood a must-own fantasy back, but he can help those teams that are short on running back talent. Don’t get me wrong, LeGarrette Blount is still the hammer. Blount will get his touchdowns and goal-line carries, but Smallwood will be the Eagles' feature back between the 20s.

In the fantasy community, Collins is what we would call a speculative waiver wire addition. Collins rushed nine times for 82 yards during Baltimore’s humiliating Week 3 defeat to the Jacksonville Jaguars. His rushes were nothing more than garbage-time hauls, but they put him into the feeble Ravens running back mix along with Terrance West and Buck Allen. Collins could steal the starting job in Baltimore, but it won’t happen overnight. At this point, I think Smallwood presents more upside than Collins for your fantasy squad.

This article is sponsored by XBet