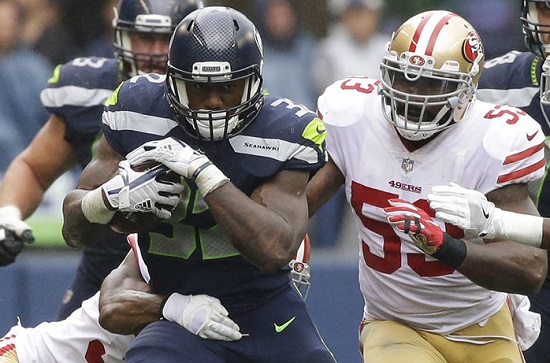 I picked up rookie running back Chris Carson in all of my fantasy leagues last week, but he is still widely available coming into Week 3. It’s no sure thing that Seattle head coach Pete Carroll will feature his rookie back on the road this week against Tennessee, but Carson will be the lead back soon enough. Carson was a monster during the preseason and racked up 100 yards of total offense during Week 2 against a surprising 49ers team. He finished the day with 20 carries for 93 yards and one catch for 7 yards. He is the back to own in Seattle.

I don’t know what to say about Broncos quarterback Trevor Siemian except WOW! If you had told me that Denver’s sophomore QB would be coming into Week 3 with six touchdowns against two picks, I would have laughed in your face. Well, the joke is on me. Siemian has amassed 450 yards and two top-five quarterback performances in two weeks. Things will only get better on the road against the Bills. I don’t know how long his Mile High magic will continue, but he’s been too good to leave floating on your waiver wire.

Don’t tell me you got impatient and dropped Hunter Henry like a hot potato after his catchless Week 1. Many fantasy owners did just that, so let their mistake be your gain. After just two weeks, premier tight ends are dropping like flies: Rob Gronkowski is hurting, Jordan Reed is out again, and it will be a long time before we see Greg Olsen catching any more passes from Cam Newton. Do yourself a favor and grab Henry. He caught all seven of his targets for 80 yards during Week 2 against Miami and has nothing but upside going forward.