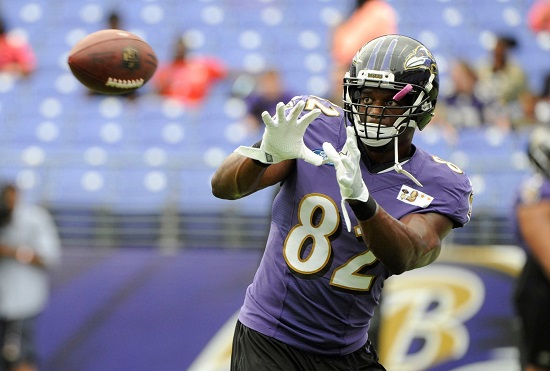 OK, so you have a few Miami Dolphins and Tampa Bay Buccaneers on your roster and you drafted Odell Beckham Jr. in the first round. With Hurricane Irma bearing down on the state of Florida, the Buccaneers-Dolphins game has already been postponed AND Beckham is trying to play through an ankle sprain that might either limit him or completely sideline him Sunday night. So, you need some other options to help fill out your roster. Who is likely available on your waiver wire to pick up?

QB Sam Bradford, Minnesota Vikings - According to ESPN.com, he is the 23rd quarterback chosen on average in drafts (170th overall), so depending on your league's setup and starting roster requirements, there is a decent chance Bradford is still sitting in the undrafted pile. His Week 1 matchup is against the New Orleans Saints, who gave up more than 6,000 total yards last year (sixth-most in league), a league-high 4,380 passing yards and the second-worst points per game, 28.4. Bradford has been steady if somewhat underwhelming so far in Minnesota. However, the addition of running backs Dalvin Cook and Latavius Murray should help provide more variety to the Vikings' offense. I expect Bradford to check the ball down more to those RBs while also looking to get his wide receivers and dynamic tight end Kyle Rudolph involved. Bradford should be a good value play this week if you drafted Jameis Winston or Jay Cutler as your primary QB.

RB C.J. Prosise, Seattle Seahawks - Thomas Rawls is listed as the starter, and Eddy Lacy will be involved in the offense. However, Rawls is currently listed as questionable for Sunday's game with an ankle sprain, which could open the door for Lacy to start and for Prosise to take on a bigger role in Week 1. Prosise looked very good during limited action last year, especially as a receiver. Against Green Bay, there could be some no-huddle and hurry-up offense run by the Seahawks in an effort to keep the Packers' defense on the field and Aaron Rodgers on the sideline. If that is what happens, it will most likely occur when Prosise is on the field, which should lead to increased opportunities. If Seattle also decides to go with the hot-hand approach, then Prosise could see an uptick in carries if he can capitalize in the passing game and on his early-down work during the first half. A lot of ifs here and depending on your league, Prosise may already be on the end of someone else's roster (current ADP is the 47th RB, per ESPN.com). However, if he is available, he could provide a surprise return right away.

RB Charcandrick West, Kansas City Chiefs - While rookie Kareem Hunt has been listed as the starter, it is highly likely that the Chiefs use a running-back-by-committee approach in the season opener Thursday night in New England. As a result, there should be plenty of carries for West and possibly some catches out of the backfield as well. I expect the Chiefs to lean on the run early and whenever they get into the red zone. This should lead to chances for West to score fantasy points. He has upside in this offense, especially if the rookie struggles with nerves or blocking assignments. West proved over the past couple of seasons that he can handle a decent number of carries per game.

WR Sterling Shepard, New York Giants - He is interesting for Week 1 because of the uncertainty surrounding Odell Beckham Jr. Even if OBJ plays, it's possible he will play a very reduced number of snaps, which would open the opportunity for Shepard to take on a bigger role against Dallas. The Cowboys' secondary appears a little suspect; I would expect the Giants to target them early and often, which could include plenty of work for Shepard if Beckham doesn't play or is heavily limited.

WR Paul Richardson, Seattle Seahawks - He played in 15 games last season, catching 21 passes for 288 yards and one touchdown in the regular season. However, a closer look at the stats shows that in the final two games, he was targeted a total of 12 times and caught eight passes for 82 yards. In addition, his playoff performance continued this trend as he was targeted nine times through 2 postseason games, catching seven passes for 131 yards and a touchdown. With the trade of Jermaine Kearse to the New York Jets, Richardson should see time as Seattle's No. 2 WR, behind only Doug Baldwin. Given his expected matchup against Packers cornerbacks (likely Quinten Rollins or Davon House), Richardson has big upside potential in Week 1 (and for the full season).

WR Dede Westbrook, Jacksonville Jaguars - He is listed as the third receiver on Jacksonville's depth chart and while the Jags take on a tough Texans defense in Week 1, I expect the Jaguars will have to throw the ball a lot in the second half as their running game is being stuffed by Houston's front seven. Blake Bortles will need to get the ball out quickly and that should give Westbrook some opportunities, especially if he lines up in the slot. He had a strong preseason and training camp and could be a surprise performer in this offense. He probably won't be on waivers for long!

Editor's note: The Jaguars placed Westbrook on injured reserve Friday due to a sports hernia. He is eligible to return later this season.

TE Vance McDonald, Pittsburgh Steelers - He was traded from San Francisco to Pittsburgh at the end of preseason and will start the season backing up Jesse James. But James has not exactly taken the world by storm since starting for the Steelers, thus the trade for McDonald. Expect to see both TEs out there in certain sets (probably goal line). James will start, but the two will split reps and McDonald is likely to steal targets. The Browns have the makings of a solid defense this year, at least on paper, so I expect that the Steelers will use short passes to the tight end over the middle to help move the chains and possibly keep linebackers who want to cheat against the run honest.

TE Benjamin Watson, Baltimore Ravens - He is listed as the No. 1 tight end in Baltimore. There are expectations that a committee will be used here, but as the 41st TE off the board on average, Watson, a starter, is very likely available in many formats. The Ravens haven't been able to run their first-team offense consistently during the preseason because of the injury to Joe Flacco. As a result, it has been hard to gauge Watson's usage. Baltimore opens the season against Cincinnati, and Watson could be good for a stat line around 4-40-1, which would be a very strong outing in a PPR. He's certainly not a bad fill-in option for Week 1 if you are in need at TE.