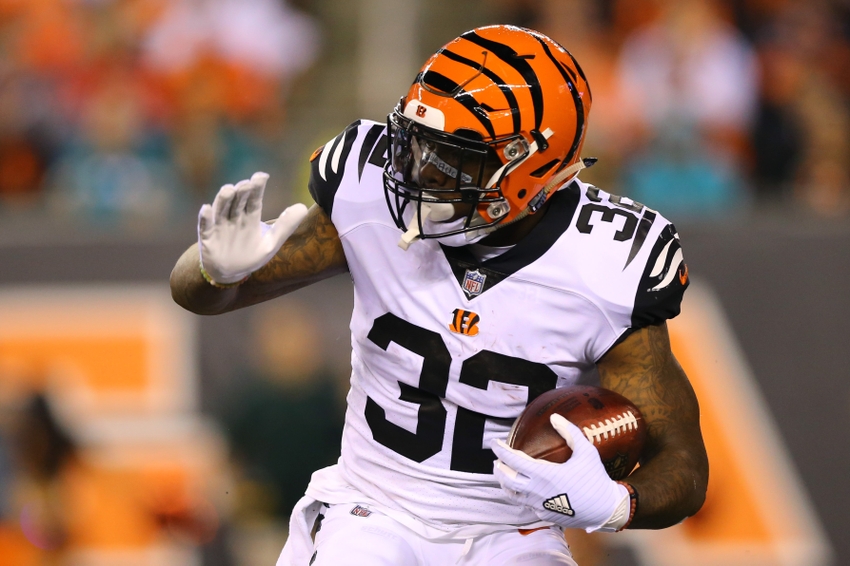 The Dolphins are a run-heavy offense, and make no mistake -- Jay Ajayi is going to be a week-winner in so many leagues. But the 49ers have also allowed 23.7 fantasy points to QBs over their past six games. There should be plenty of points to go around for Miami, so if you're looking for an Andrew Luck replacement, look no further.

The Cardinals' defense has allowed just two passing TDs over its last five games, including shutouts of Russell Wilson and Cam Newton. Now comes their toughest test to date in Ryan, but I think Arizona will be up to the test. Matty Ice owners should feel fortunate if he comes away from Week 12 with more than one score. Only Case Keenum of all people has achieved that against the Cardinals this season.

The rookie is on a three-game scoring streak and saw 11 targets last week, an encouraging signal that his role in the Giants' offense is growing. New York should dominate this game, but they are a pass-centric offense who will keep throwing it, no matter the score. Shepard should be able to score again -- and top 50 yards for the first time since Week 3 -- against the winless Browns.

It's hard to believe that such a big target like Benjamin hasn't scored since Week 4, but it's the truth. He is a WR2 because of his stable, 70-yard floor. But even that may be too much to ask for this weekend. The Raiders' improving defense has a pair of cornerbacks, Sean Smith and David Amerson who rank among the top 15 cover corners in the league, according to Pro Football Focus.

With Ryan Mathews uncertain for Monday Night Football, Smallwood looks to be in line for 15-plus touches against Green Bay's disintegrating defense. If you are looking for a flex option, go with this rookie. He needs to be added in most leagues.

Hill is bound to be asked to do more in the aftermath of Giovani Bernard's season-ending injury. But it's been difficult for running backs to do much of anything against the Ravens' front this year. They have allowed the second-fewest fantasy points per game to running backs. The likes of Le'Veon Bell, Ezekiel Elliott and LeSean McCoy couldn't attain four yards per carry against the Baltimore flock, and Hill has averaged just 3.6 yards per rush over his last three outings.

Yep, I'm picking on the Browns again. I made the case for taking a chance on Tye here.

Not that Cook is a must-start. This is just a plea to those of you who did pick him up following his Week 11 outburst to tread carefully. Cook has never been consistent and often flops right when you start to believe in him. He's been doing it his whole career. To make matters worse, the Eagles have given up the third-fewest fantasy points per game to opposing TEs. Don't chase stats.