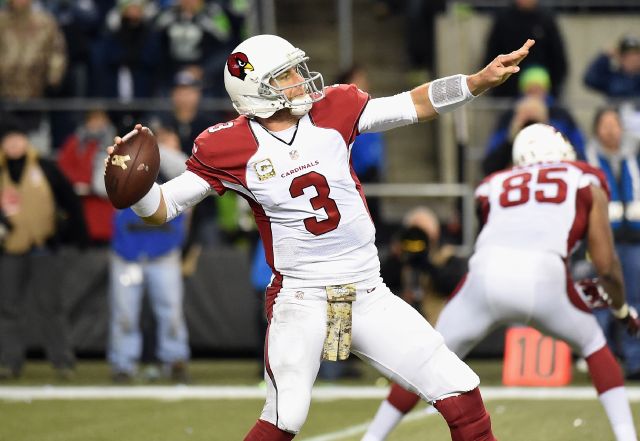 Fantasy Football: Players With The Best Matchups in Week 12

Fantasy football is a matchups game. However, there's more that goes into setting a weekly lineup. For some of these players, you will have to ask yourself if you can really start them even with an easy matchup upcoming.

Case in point, can you actually trust Palmer, even against the defense that is allowing the most fantasy points per game to quarterbacks? Following a fast start to the season, Palmer has compiled an 8:16 touchdown-to-turnover ratio since Week 3. He faced a similarly poor pass defense in the 49ers a couple of weeks ago and although he threw for 376 yards, he committed three turnovers and accounted for just one TD. A turn-back-the-clock performance wouldn't surprise me, but neither would another three-turnover meltdown. Thus, Palmer is probably a low-end QB1 at best this week.

The Packers are probably holding open tryouts at cornerback this week. Their defense has just been torpedoed by injuries, and that was on full display Sunday night as Kirk Cousins seemingly completed every downfield pass he attempted, three of which went for scores. Carson Wentz has been suffering from rookie growing pains lately, but he should be able to get back on track here, and his No. 1 receiver stands to benefit most. Matthews has seen at least 10 targets in each of his last four outings.

The 49ers' defense, it's not what we using fantasy football parlance would call "good." Ajayi has come back to earth following his three-game rampage from Weeks 6-9, but he is still taking on about 20 touches per week and averaging well more than four yards per carry. He did pretty well last week against the Rams' strong defensive line, racking up 77 yards on 16 carries. He should be able to do much better against the 49ers, who have allowed four more fantasy points per game to RBs than any other team. The fact that LeGarrette Blount didn't break the plane in Week 11 was kind of shocking since he is the league's leader in rushing touchdowns and San Fransisco had allowed at least one running back TD in every game since Week 3. I am certain Ajayi will get into the end zone this Sunday.

Tye has become the Giants' clear No. 1 tight end, pushing Larry Donnell to the outskirts. Tye has seen 20 targets over the past three games. He scored in Week 11 and put up a respectable 5-53 line in Week 10. Now he will take on the Browns, who have permitted the most fantasy points per game to TEs and three touchdowns to the position in their last three games. If Gavin Escobar and Darren Waller can score against Cleveland, so can Tye. And he is getting many more opportunities than those two.