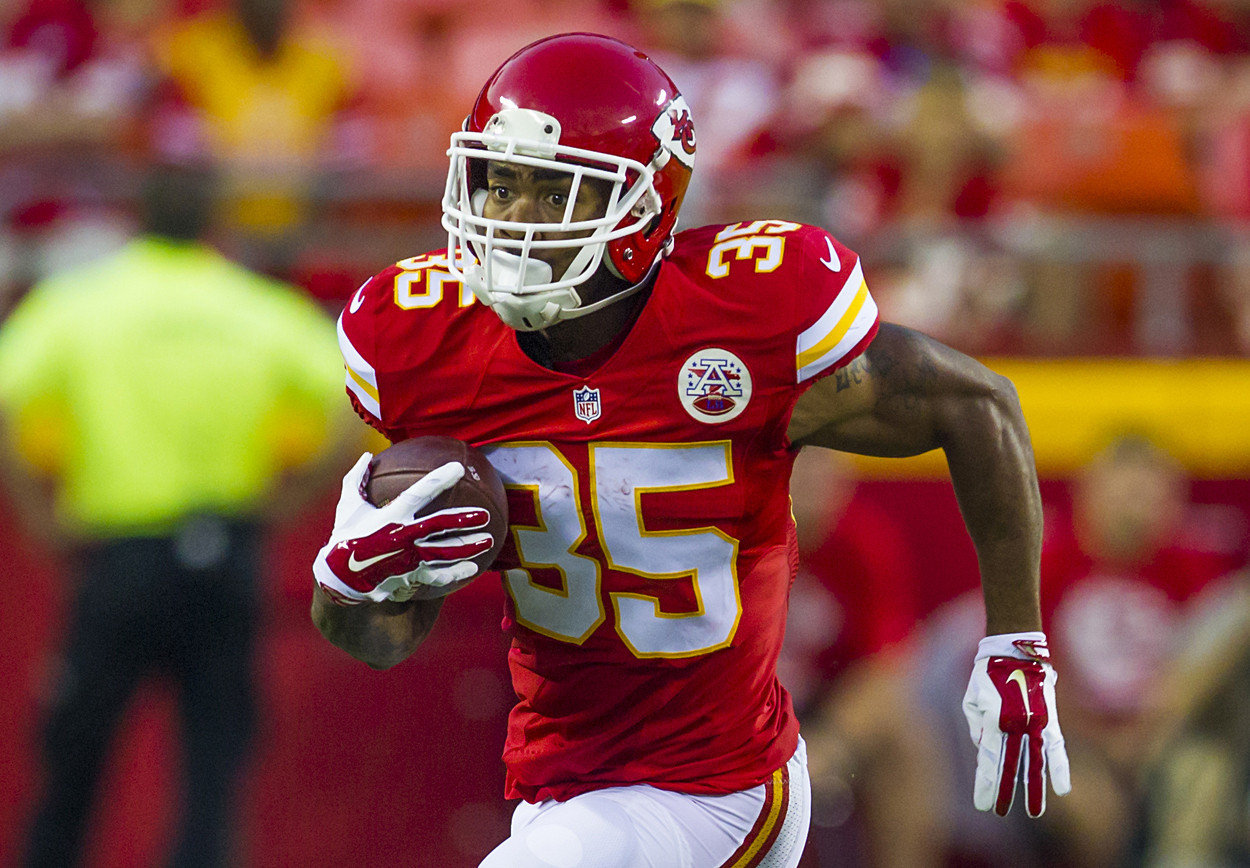 Six teams are on a bye once again, meaning that while the names listed below may not be worth all that much to you over the course of the season, they could go a long way in helping you win your matchups in Week 9.

West could be a workhorse versus a Jaguars defense that looked pitiful on Thursday night. The only obstacle standing in West's way, so to speak, is Spencer Ware's ability to clear the league's concussion protocol. Once Ware left Sunday's game just before halftime, West was given all of the carries, 11 in total. For the entire game, he gained 60 yards on 16 touches. With Ware's status up in the air and Jamaal Charles' surgically repaired knee still not right, West could carry the ball more than 20 times.

Mark Ingram owners don't want to hear it, but it looks Hightower will have an every-week role in the Saints' backfield going forward. The veteran took 26 carries for 102 yards after Ingram fumbled his third carry of the day. By the way, Ingram hasn't received 20 carries in any game this season, so the Saints clearly trust Hightower -- probably excessively so. Regardless, even if Ingram is back as the starter in Week 9, Hightower will get a meaningful amount of work against the 49ers, and no team has allowed more fantasy points to RBs in 2016.

This rookie is owned in about half of all fantasy leagues, but he really needs to be owned in all of them. Even though he was facing a Jags defense that, again, didn't really care about playing Thursday night, it was clear that he is an NFL starter-in-waiting. His blend of size, speed, power and agility is just crazy. He accumulated 97 yards and a score on 20 touches. DeMarco Murray's injury history is a lengthy one, and perhaps the toe injury he sustained in Week 8 will cause the Titans' coaches to rest their star a little extra and give Henry more carries each week. Henry may be flexworthy versus the Chargers and Colts in Weeks 9 and 11, respectively. He is a top-shelf backup option at the very least.

There's a new starting wide receiver in Arizona. Head coach Bruce Arians made the announcement Monday that Nelson will join Larry Fitzgerald and John Brown in the Cardinals' base three-wideout offense, supplanting Michael Floyd. Nelson made the change more necessary when he broke out with a two-touchdown game against the Panthers. He has topped 70 yards in two consecutive weeks and led the team with 12 targets Sunday. That won't always be the case, however, J.J.'s 4.28-40 speed makes him a dynamite add if you need a WR.

Up until this past Sunday, Hill was used almost exclusively as a returner, mixing in for a couple of plays on offense. Now, the Chiefs are finding more ways to use this incredibly explosive player (if you think Nelson is fast, Hill reportedly ran a 4.24-40 at his pro day). He has scored two weeks in a row and, most interestingly, he saw six targets versus the Colts. He caught five of them for 98 yards and a touchdown, adding 7 yards on the ground as well. Within a pretty bland receiving corps, the Chiefs need to utilize Hill each week. He will probably be inconsistent, but he also has better odds than most of providing a week's worth of points on just one play. He is definitely worth a look in three-receiver leagues.

With Rob Gronkowski, Jordan Reed and Tyler Eifert all heading into their bye week, it's going to be a week of digging at tight end for plenty of owners. And how's this for digging?: This third-round rookie has caught 11 passes in the first eight games of his career. However, he will be starting for the Falcons against the Buccaneers this Thursday as Jacob Tamme is injured. Moreover, Hooper caught all five of his targets on Sunday, and the Bucs allowed 13.7 standard-league fantasy points to Raiders tight ends this past week. Hooper is no sure thing, to be sure. There are just very few quality bye-week fill-ins at tight end this week, so he's worth a chance.