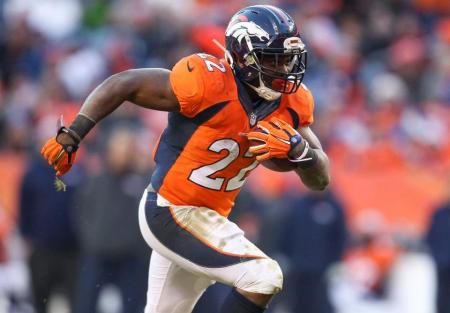 Here is what we know on the injury front as of early Thursday morning ...

Amid some very sunny practice reports Wednesday, McCown is expected to return this week for the Browns, and not a moment too soon. He may not be an All-Pro, but he is better than the currently concussed Cody Kessler and fifth-round rookie Kevin Hogan. While the mistake-prone McCown is a high-risk, high-reward streamer versus the Jets, his first game participation in Week 2 should help the fantasy outlook of wide receiver Terrelle Pryor and tight end Gary Barnidge.

Cutler said it himself this week: The Bears don't really have any other choice. Brian Hoyer is on IR, and Matt Barkley is still Matt Barkley. So, Cutler will be back under center Monday night versus the Vikings. He hasn't played since Week 2 because of a thumb injury. Cutler is not a worthy fantasy start, but the odds are good that Alshon Jeffery will see more targets as a result of his return.

Before the Cowboys' Week 7 bye, Bryant basically guaranteed that he would be on the field for Week 8 against the Eagles. He's on track thus far, going through a limited practice Wednesday. Get him back into your lineups after a three-game absence.

The Jets continued to limit Marshall practice reps Wednesday, holding him out of practice due to a knee injury. However, there is not much concern regarding his Week 8 status right now. Quarterback Ryan Fitzpatrick will keep on having tunnel vision for him.

Jones missed Wednesday's practice but for personal reasons, not an injury. He should be fine to suit up against the Texans.

Cobb was limited in practice Wednesday due to a hamstring ailment. Yet, limited practice seems to become the norm for Cobb. Expect to have him as your WR2 in a high-scoring affair against the Falcons.

Fantasy owners have to hope that Pryor will be 100 percent in order to take advantage of a very favorable matchup versus the Jets. Clearly limited and playing through hamstring pain last week, Pryor did go through some practice Wednesday. That's an upgrade after he didn't practice at all prior to his Week 7 game.

Coleman practiced for the first time in more than a month Wednesday. He has been waiting for his broken hand to heal. It's obviously not back to normal quite yet as Coleman has yet to be allowed to catch any passes, but his participation is a sign that his return is not far off.

While you can probably wait one more week before reacquiring Coleman, you should go pick up Moncrief right now. He is expected to play Sunday versus the Chiefs after missing five games due to a fractured shoulder. He could be a weekly WR2 once he knocks the rust off.

"Smokey" practiced in limited fashion Wednesday after missing Week 7 due to a leg injury that was related to his sickle cell trait. With Jaron Brown now out for the season, John should see more targets whenever he is ready to return. The hope is Sunday will be the day.

Another reason why John Brown could see more targets this week? Floyd suffered a hamstring injury Sunday night and is very questionable for this week's game versus the Panthers. Floyd could be a game-time decision.

Uh-oh. It's another hamstring injury for D-Jax. That's what kept him limited in practice Wednesday. We've been here before, so you don't need me to tell you to watch this situation closely. If you are planning to start Jackson, having a Plan B close by.

As if a matchup versus the Broncos in Denver wasn't bad enough, the Chargers' top two wideouts are on the mend. Williams and Benjamin both sat out Wednesday's practice because of a knee injury. Even if they are able to play, each wideout will only be a risky WR3.

Woods was back at practice Wednesday after sitting out last Sunday's game in Miami due to a foot injury. He may play against the Patriots but is an uninspiring PPR play.

Goodwin was a semi-popular pickup this week in the wake of his 93 yards and a score from Sunday. Unfortunately, he is currently in the league's concussion protocol and didn't practice Wednesday. You are probably not going to get an immediate return on your minimal investment here.

The biggest injury news Wednesday concerned Anderson and a bruised knee that is expected to keep him out of action for at least a few weeks and, according to NFL Network, there is a chance he could be done for the year. We'll find out more soon, but please make sure Devontae Booker is not still on your waiver wire. He needs to be owned in all leagues immediately.

McCoy is likely worse off now than he was at this time last week. That's because the Bills allowed him to play on a bad hamstring last Sunday and he aggravated his injury during the game. He didn't practice Wednesday and appears to be a game-time decision at best for Week 8. Mike Gillislee would be an RB2 if McCoy is inactive, but ...

... he was limited Wednesday due to a foot injury. If Gillislee can't go, Buffalo's backfield would probably be led by Reggie Bush. But I am getting ahead of myself. I don't think McCoy will play, but stay aware of Gillislee's situation.

A hip injury kept Freeman limited Wednesday. He'll be a strong, high-floor RB1 against the Packers if he can play. That's especially true now that ...

... Coleman is week-to-week with a hamstring strain. It looks like he will be unavailable this Sunday versus Green Bay but is looking toward a Week 9 return.

Miller missed some snaps here and there on Monday night after he sustained a right shoulder injury on his third carry of the game. The good news is he played through the pain and should continue to do so, barring a setback or another injury.

Charles isn't physically right at the moment, that much is true. He played just two snaps Sunday due in large part to knee swelling. I'm sure fantasy owners would love to see him get healthy and more involved, but with Spencer Ware playing so well, Kansas City has no reason to rush Charles' recovery. If I had to guess right now, I'd say he won't play in Week 8.

McKinnon fought through an ankle injury last week versus the Eagles. Expect him to do the same on Monday night against the Bears, but his injury plus the big presence of Matt Asiata in the Vikings' backfield has relegated McKinnon to nothing higher than RB3 range.

Even if he's healthy, Jones may see a greatly reduced number of touches in Week 8 after he fumbled twice -- including once at the goal line -- during last Sunday's game versus the Lions. Alas, he's also not healthy; he sat out Wednesday's practice due to a knee injury. Chris Thompson stands to be the most to gain if Jones is out. Pick him up.

Riddick put in a limited practice Wednesday after missing Weeks 6 and 7 due to an ankle injury. While he should get the plurality of the work if he's ready to return in a decent matchup versus the Texans, he will have to share touches with Dwayne Washington -- who also didn't play in Week 7 but practiced in full Wednesday -- and maybe Zach Zenner.

More jumbled backfield madness! Langford practiced Tuesday -- his first practice in a month due to an high-ankle sprain -- and it appears as if he will be active on Monday night against the Vikings. Jordan Howard was already losing carries to Ka'Deem Carey; now things are set to get really crowded. Avoid the Bears' backfield at all costs versus Minnesota.

One reason why Matt Forte got 34 touches last week is that Powell is currently battling turf toe. He didn't practice Wednesday, and the early indication is that he will take a seat in Week 8. That would likely mean another big performance from Forte is in store Sunday.

As long as Reed gains clearance from an independent neurologist on Thursday, he will be officially over his latest concussion and in the Redskins' starting lineup versus the Bengals in London. If he's active, you know you're starting him.

Speaking of concussions, Henry's got one, too. He suffered it in Week 7. No one knows for sure right now if he will play against the Broncos, but at least he practiced in limited fashion Wednesday. That's a small, positive sign. You will likely know Henry's game status by Saturday.

Graham didn't practice Wednesday due to a knee problem. There's really not much more to go on here than that for the moment, so keep your eyes open for updates. The initial feeling is that Graham will be OK for Sunday.

Although Thomas didn't practice Tuesday, he may still play Thursday night versus the Titans. He is officially listed as questionable. He would be a low-end TE1 against a defense that has allowed the 11th-most fantasy points to TEs.

Ebron was back at practice Wednesday for the first time since Week 4. He's been dealing with knee and ankle issues since then. He is an unappealing TE2 versus the Texans.