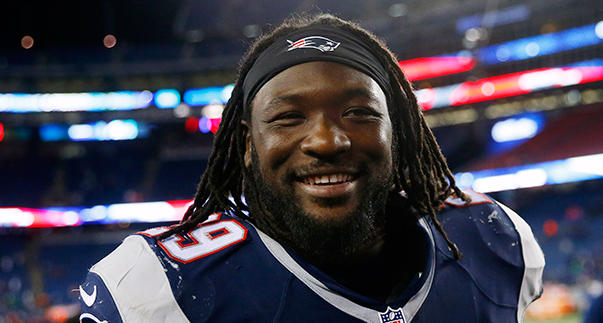 Looking beyond the obvious for Week 2 help.

With Dion Lewis out, Blount continues to be a strong fantasy option and should be scooped up in the approximately 20 percent of leagues that he is still available in. Blount had 22 carries for 70 yards in the season opener against the strong Cardinals defense. He should have an easier time against Miami who ranked as the best matchups for opposing running backs in fantasy last year. The Dolphins gave up 112 yards on the ground to Seattle including over four yards per carry to Christine Michael. Blount could have a big day as the Patriots continue to play without Tom Brady.

Although Rashad Jennings is the workhorse, New York split touches pretty evenly until they ran out the clock in the fourth quarter. Vereen is more of a weapon in the passing game but showed flashes of good running ability with 38 yards on just six carries against the Cowboys. Vereen has a good matchup with the Saints in Week 2 after the New Orleans defense allowed 167 yards to the Raiders on the ground in Week 1.

The former Vikings deep threat has seemingly been forgotten since leaving Pittsburgh, but Wallace made a statement with Baltimore in Week 1 by recording 91 yards and a touchdown. Wallace will have another opportunity to put up big numbers in Week 2 against the Browns who have a poor pass defense behind Joe Haden who will likely be tied up with Steve Smith Sr. Wallace is available in the majority of leagues and is worth a look.

Owned by less than ONE percent of teams in ESPN fantasy football leagues, Royal burst on the Week 1 scene with 57 yards and a touchdown. Royal has the opportunity to repeat that success in a Monday night football matchup with the Eagles who can struggle at defending receivers. Philadelphia gave up 69 and 68 yards to the likes of Corey Coleman and Terrelle Pryor, respectively, in Week 1 and Royal may have the veteran advantage to do even more damage.

The Giants tight end burst on the scene two seasons ago with six early season touchdowns, but has been quiet of late after a neck injury cost him the backend of 2015. Donnell returns to the Giants with his only catch in the season opener going for a touchdown as a popular red zone target. With a good matchup with the Saints coming up, Donnell’s percentage own should increase mightily over his current sub-five percent mark.