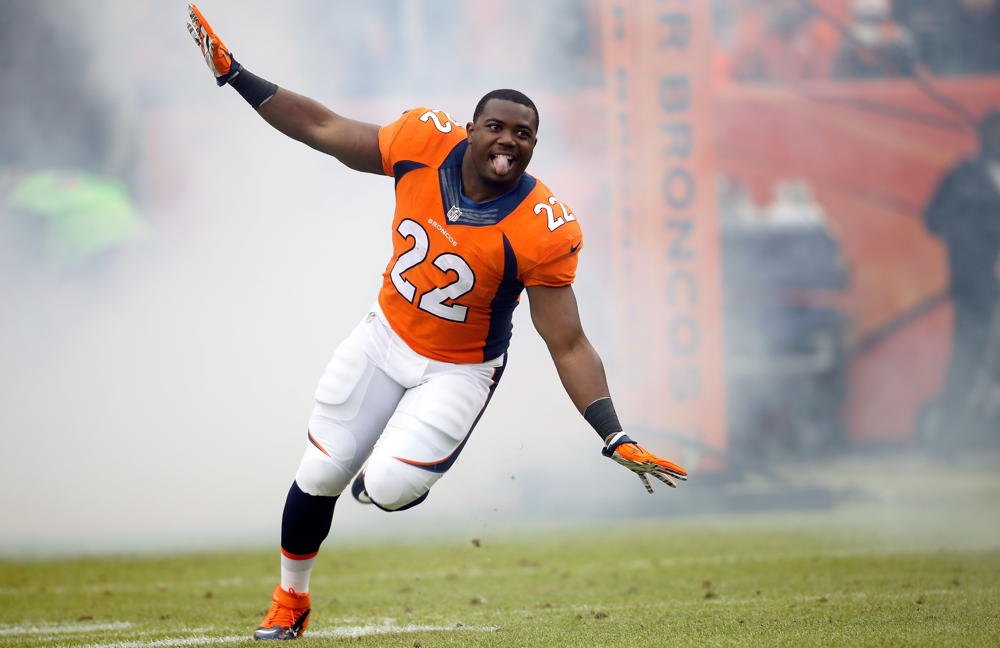 Lacy enjoyed efficient success in week one.  He rushed 19 times for 85 yards and scored a touchdown from two yards out.  Lacy’s performance was solid but a tad underwhelming considering he went up against a Bears’ defense who gave up 133 yards per game last season.  In week two, Lacy will face the defending NFC Champions who are coming off an OT loss against the Rams.  In two games against Seattle last year, Lacy averaged a little more than 53 yards a game and failed to reach the end zone.  Obviously Lacy isn’t a guy you can bench, but don’t be surprised if he fails to carry your team this week.  “The Machine” projects 16.4 out of Lacy.

Anderson was one of the big names that failed to stand out in week one and he continues to stay on the wrong side of fantasy news this week.  He carried the ball 12 times for an abysmal 29 yards.  His long run of the game accumulated just six yards.  Anderson wasn’t the only Bronco to struggle on Sunday, both QB Peyton Manning and WR Demaryius Thomas failed to tally a touchdown.  The Broncos’ running back is also dealing with a toe injury which could infringe on his carry total.  The injury along with a matchup against a Chiefs defense that achieved five sacks in week one could lead to problems for the usual fantasy stud.

Amari Cooper’s first NFL game was nothing special.  He caught five passes for 47 yards and did not score.  It didn’t help that Raiders’ starting QB Derek Carr left the game due to a thumb injury.  Week two puts Cooper up against a Ravens defense that allowed just 175 passing yards to Peyton Manning in week one.  Assuming Carr plays, don’t expect Amari to be much better than he was in week one.  If Carr doesn’t play, look to other options altogether.

Chiefs’ TE Travis Kelce made his presence known in week one fantasy updates.  He caught all six targets, accumulated 106 yards and scored two touchdowns.  This against a Houston defense led by J.J. Watt.  Week two will bring the Broncos’ to Arrowhead which could mean trouble for Kelce.  In two games against the Broncos last season, Kelce failed to reach the end zone once.  Also, the Broncos’ defense allowed zero fantasy points against Ravens’ QB Joe Flacco.  It’s not hard to see Kelce struggling against arguably the best CB core in the league in Aqib Talib and Chris Harris Jr.  “The Machine” sees Kelce achieving 14.7.