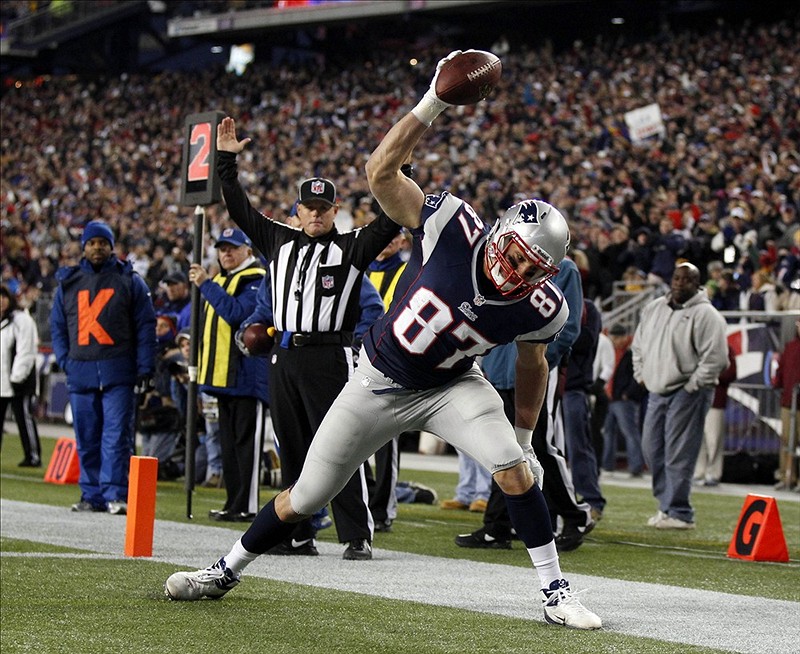 Despite Tom Brady’s current four game suspension, the Patriots offense should be adequate under second year quarterback, Jimmy Garoppolo.  The Eastern Illinois product appeared in six regular season games last season and completed 19 of 27 passes for 182 yards and one touchdown.  While New England’s offense might be decent enough to get by, three of their first four games are against teams who finished 2014 above .500 (Steelers, Bills, Cowboys).

Assuming Tom Brady’s suspension holds, Jimmy Garoppolo will start the first four games of the new season.  Unless he has an extraordinary game in week one, I suggest looking elsewhere for a starting quarterback.  Brady’s suspension will undoubtedly cause his fantasy value to decrease, however, if you think you can get through the first four weeks with a winning record and an average quarterback, Brady may be a smart draft pick.

With the loss of Stevan Ridley and Shane Vereen, the Patriots’ running backs look weaker than in years past.  Expect LeGarrette Blount to handle the majority of the carries throughout the season despite his one game suspension.  A player to monitor for the Patriots is Jonas Gray.  Gray made himself known last season after scoring four touchdowns on 37 carries against the Indianapolis Colts on Sunday Night Football in week 11.  Unless there’s a breakout star in New England, I would avoid Patriots’ running backs altogether.

Led by Julian Edelman, the Patriots have themselves an ample receiving core.  Edelman is a top 32 receiver who is especially valuable in PPR leagues.  In just 14 games last season, Edelman hauled in 92 receptions, ranking him eighth.  He also caught 26 passes in three playoff games for New England.  Beside Edelman, Brandon LaFell could make a nice WR2 option.  Last season, LaFell caught 74 passes for 953 yards and 7 touchdowns.  With Shane Vereen gone and defenses worrying about Gronkowski and Edelman, there are receptions to be had and LaFell could find a number of those.

Here lies the most valuable fantasy piece of the New England Patriots… Rob Gronkowski.  Gronkowski will be selected in the first round in most leagues and for good reason.  Last season Gronkowski eclipsed 1,000 for the second time in his career and caught a league leading 12 touchdowns.  The only reason not to start Gronkowski is because of injury or bye week.  Gronkowski’s 6-foot-6, 265 lbs. frame gives him an advantage over any defensive back.

Fantasy Updates - Two sleepers to look for in New England.

* RB Jonas Gray - Showed potential last season with a 201-yard, four touchdown performance. He was benched by Belichick after missing practice and his value died. The real point is that essentially an back on the Pats' roster could end up having extreme value. Tread lightly with investment, but keep an eye ot for depth chart change.

* TE Scott Chandler - Often a sneaky bye week option with the Bills, Chandler now has a real QB to work with and a chance for real opportunity considering Gronkowski's injury history. We rarely talk about tight end handcuffs, but Gronkowski owners might want to consider adding Chandler in later rounds. Might even be useful in three-receiver formats here and there.

For the latest in fantasy news, stay tuned to ASL all season long!