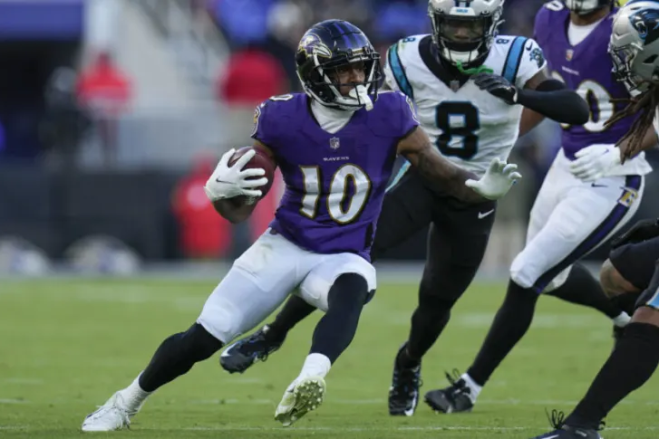 If you are in need of a QB, Tannehill might be your guy. The Titans ALWAYS play better at the end of the season, plus Tannehill has only had two real clunkers all season. In 2-QB leagues, Tannehill is a must grab.

I would be remiss if I didn’t include a man that scored 3 touchdowns in a game on the waiver wire article. Perine has been a great compliment to Joe Mixon this season… some may argue that he is the superior back on the roster right now. With Mixon banged up, and Perine deserving of more opportunities, grab him this week.

Cook was the most impressive back on Sunday’s win against the Browns. Cook carried the ball 11 times for 86 yards, averaging 7.8ypc. Devon Singletary has been less than impressive this year and the Bills need a spark on the ground… Cook should be on everyone radar.

Robinson caught 9 of 9 targets for 128 yards this past week against the Panthers. While many, including myself, thought it would be Devin Duvernay carrying the receiving load for the Ravens, Robinson exploded and is a must add this week.

Rookie Treylon Burks might have finally arrived after an injury-riddled season. Burks caught 7 of 8 targets for 111 yards this past weekend against the Packers. In his two games back after injury, Burks has 14 targets, a number that will only go up going forward.

I don’t have much to say about Slayton. I’ve already recommended him this season… and now he is the only guy left to catch passes for the Giants. Grab him immediately.