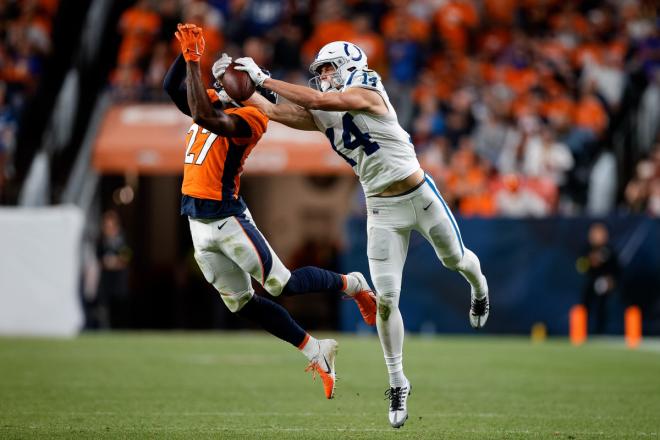 Matt tore apart the Jaguars defense last week by throwing for 389 yards with 3 TDS, 0 INT. This week the Colts pair off against the Titans, which are ranked 29th against QBs for fantasy. So, if your QB is on a bye week or is recovery from an injury, Ryan is the perfect plug-in for Week 7.

We don't know how long this will last, but Kenyan Drake came out of no where last week registering 119 yards and 1 TD on 10 carries, and 1 catch for eight yards out of two targets. We can't count on this performance every week going forward, but the Ravens are matched against the Browns this week which are 30th in the league against RBs for fantasy. Eleven touches isn't huge, but Drake made the most of them last week. He was the hot hand in Week 6. so it seems highly likely he will get more opportunities in Week 7, but some volume could go back to J.K. Dobbins.

There are rumors of a Christian McCaffrey trade, so Foreman is dart throw early pick up in case Christian McCaffrey actually is traded. In Week 6 Foreman garnered 5 carries, just shy of 4 yards per carry - 19 yards. For the season, he has only 12 carries for 37 yards, but last year he showed he can get it done, where in the back half of the season he went 112 carries for 497 yards, 3 TDs, and 8 receptions for 108 yards. If McCaffrey is gone before Carolina's game this week, do not start Foreman just yet. The Panthers are up against the Buccaneers, the top run defense in the league for fantasy.

If you are looking for a fill-in at WR, Pierce might be your man. In the last three weeks he has scored 12.0, 16.1 and 13.9 fantasy points in PPR leagues. Last week this rookie only caught three passes out of seven targets, but he also caught the Colts winning TD with only 17 seconds left on the clock. And this week the Colts play the Titans who are 31st against the pass for fantasy.

With Marquise Brown likely done for the year, Robbie Anderson has found himself on a new team with Kyler Murray to throw him the ball. He is behind DeAndre Hopkins and Rondale Moore on the depth chart, and he will need to build chemistry with Murray. Going against the Buccaneers in Week 7, we might not expect too much from Anderson just yet. However, once he gets settled into his new team with an upgrade in quarterback and two top receivers to draw coverage away from him, we might see something in Week 8, in which the Cardinals play the Falcons which are 30th against the pass for fantasy.

Cade has been stealing snaps from Cam Brate, and now with Brate out for one to three weeks, it's the Cade Otton show for the Bucs. In Week 7 the Buccaneers play the Panthers, which are 9th against TEs for fantasy, but its Tom Brady.