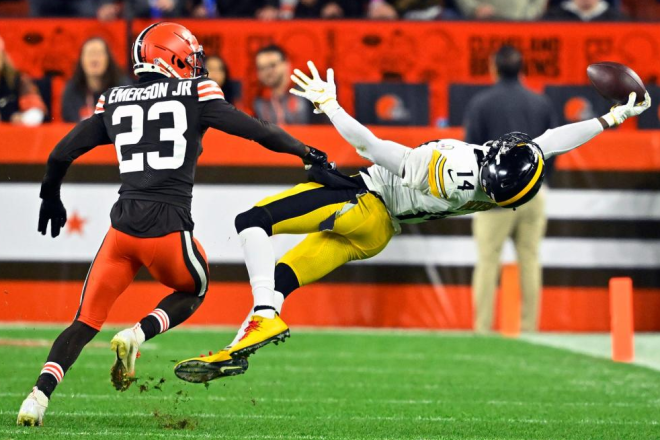 I really can’t believe it’s already Week 6. This already feels like one wild year for fantasy football. I hope the young season has been kind to you and you have a winning record. If you are playing from behind, even if you are 0-5, don't lose hope just yet. We aren't even half way through the season and bye weeks start this week.

If there's a will, there's a way. So, let's get started with our Starts and Sits for Week 6.

Kirk has been one of those guys where you're not very comfortable starting him, but you know he will get you a decent outing every time. Now with this matchup against the Dolphins, Kirk should be in your lineup. Miami has allowed an average of 276 yards passing per game so far this year and they pair that with only one interception. Look for the Vikings to go through the air early and often as they did against Chicago last week. This team wants to get Justin Jefferson the ball and they will be able to so against this poor secondary. It may not feel right at first but make sure Kirk is in your lineup for a top-12 finish at QB this week.

It seems like every year the 49ers have a running back by committee. This year Jeff Wilson has the keys to the castle. Wilson has a total of 71 touches over the last four games. That volume alone should have him locked into your lineup, it also helped he’s averaging an impressive 5.1 yards per carry this season. All these great numbers and he’s got a favorable match up against the Falcons who have given up 4.6 yards a carry this season. Everything is showing that Wilson will have a big game this week. Make sure he’s not on your bench.

At first glance you might think this is a risky play. Yes, the Steelers are up against the Buccaneers and they have a young Kenny Pickett in at QB. Well I’m telling you Pickens should be in your lineup this week. In the past two games Pickens has 12 catches for 185 yards and in the last three games a total of 23 targets. Going up against a tough secondary in Buffalo, Pickens was still able to contribute. The Steelers have not been able to get Najee Harris going and with the connection Pickett looks to have with Pickens, it’s easy pickens this week for your lineup.

It seems to get harder to find a tight end every week. I mean look at TJ Hockenson, two weeks ago he’s getting over 30 fantasy points then the next game he gets one catch. The up and down of the TE position is out of control. I think Hurst could be the guy to solidify that position for you. In the last two games Hurst has 11 targets for 80 yards and 2 TDs. Opposing teams are making it a point to slowing down starting wideout Ja’Marr Chase and with Tee Higgins banged up, Hurst is the guy Joe Burrow will be looking underneath for. Make sure he’s in your lineup this week against the Saints.

The Colts went to Denver last week and absolutely embarrassed a future Hall of Fame quarterback. Now they are at home against Trevor Lawrence who’s turned the ball over 7 times in just the last two games. The Colts are also only allowing 4.9 yards per play which is top 7 in the league right now. With the Jags offense sputtering and the Colts defense playing like a top ten defense, this is an easy start on defense. They are available in over 50% of leagues so get them while they are hot.

Some people might see Lawrence and say it’s an easy choice. Well I still need to say something because he’s owned in 60% of leagues and still starting. Trevor Lawrence belongs on the bench this week. After a hot start Lawrence has turned the ball over 7 times in the last 2 games and paired that with only 2 TDs. Lawrence could be considered in better matchups but the Colts defense allowed only field goals against Russell Wilson just a week ago. Keep Lawrence on the bench.

I’m gonna have to stop you before you play Walker this week. Yes I know Rashaad Penny is out and Walker assumes lead back duties, but as always, look at the matchup. Arizona has allowed the 5th fewest rushing yards this season. Walker is a better flex play in better matchups but it’s been too small of a sample size to trust Walker in your lineup right now. Take away his 69 yard run last week and he’s only got 22 carries for 77 yards on the season. He’s a bit boom or bust at the moment. He shouldn’t be in your lineup this week.

The hype on the Denver Broncos offense before the year was sizzling. Saying it has cooled off is an understatement. Even in a solid matchup against a WR friendly secondary you just can’t trust Jeudy in your lineup right now. With only 10 catches in the last 4 games the floor is extremely low for Jeudy. I know you spent high draft capital but it just doesn't make sense to play him until he gets a better connection with Russell Wilson.

It seems a lot of my sit list is top tier talent coming into the season. Gotta love how unpredictable fantasy football is! What is predictable is that Kittle has hit a wall. It seems that the 29 year old is no longer a must start TE. In 3 games played this year he has 11 catches for 99 yards. That’s just not gonna cut it. The 49ers are married to the run game and I don’t see Kittle getting involved very much anymore. He doesn't belong in your lineup anymore.

This is another one of those trap games for a flyer defense. The Dolphins are down QBs left and right and the Vikings are sitting right atop the waiver wire. They were also there last week in a favorable matchup against the Bears. They finished with a subpar performance. Fact is the Vikings have allowed over 21 points in each of the last 4 games. Pair that with a low sack total and it just doesn't look good. They might be projected high but don't fall for this one.