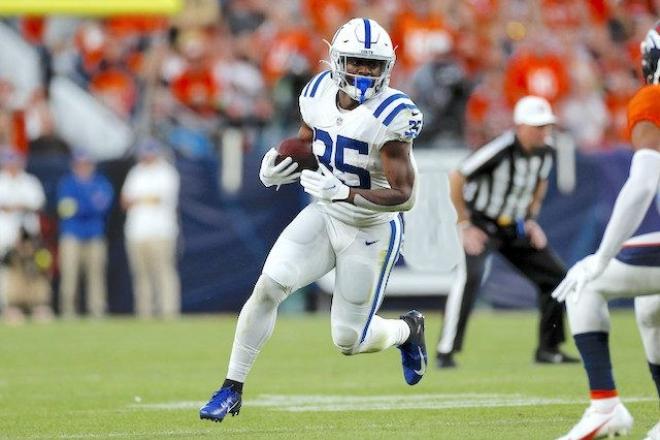 As we move into Week 6, more injuries and bye weeks are now requiring fantasy football managers to manage their rosters more actively. If you have some expected or unexpected holes in your lineup this week, here are some players that might be just what you need to plug into your lineup.

It is (probably) time to admit that Geno Smith has become a viable fantasy option week in and week out. Currently ranked QB #5, Smith has only had one hiccup this season and that was against a very good 49ers defense on the road. Other than that, Smith has put up no less than 17 points per game and has a slate of subpar defenses coming up over the next month – Cardinals, Chargers, Giants and Cardinals again. Smith is a must-add in most formats, especially 2QB leagues.

Another option to fill in for a couple weeks is Jacoby Brissett, sitting at QB #14 and averaging 14.2ppg, he can be a serviceable bye-week replacement… however, he has matchups against the Patriots and Ravens on the horizon, so look elsewhere if possible.

The injury situation to Jonathon Taylor and Nyheim Hines is key here, but Deon Jackson looks like he can fill a role for you if you need a flex spot this week. Jackson saw most of the work after Hines left early this past week with a concussion. Jackson made the most of his opportunity and had 17 touches (4 receptions) for 91 yards and a touchdown.

With injuries to both James Conner and Darrel Williams this Sunday against Philly, Benjamin was thrust into action and had 53 yards on 11 touches and a score. If Conner or Williams is forced to miss time, look for Benjamin to score some points in this weeks contest against a awful Seahawks defense.

Also worth a look this week is Jerick McKinnon. Obviously, Clyde Edwards-Helaire is the main guy in Kansas City, but it doesn’t reflect that way in the snap count… CEH has only out snapped McKinnon 122 to 105. Only owned in 14% of leagues… McKinnon is worth the add, if you have a spot on your roster.

Moore is back in the lineup after missing the first four weeks of the season. In those two games he has had 13 targets, with 8 coming this past week against Philly. Again, facing a Seahawks defense who has been awful all season, Moore is a great play.

I kind of feel like I need to write about Taysom Hill after he put up 33 points this past weekend. Hill had a monster game, rushing 9 times for 112 yards and 3 touchdowns but also adding another through the air on a 22-yard score to Adam Trautman… that’s love for your fellow tight end. If Hill can keep getting 10+ opportunities per game, look out.