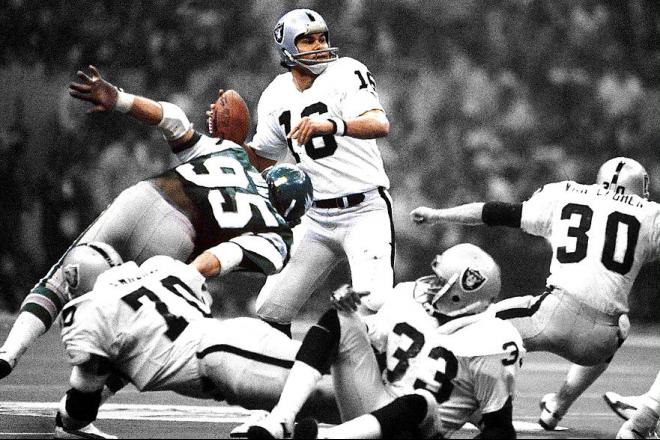 The Most Likely Longshots To Win The Super Bowl

When it comes to the Super Bowl, all eyes are always on the favorites. Though the favorites have the form, the tenacity and team to win the title, playoff teams also have the same opportunity to win. For fans and bettors of the lower half of the playoff seeds, betting platforms like betway have rolled out preseason odds on teams that have a real chance at winning the tournament. Here’s a list of the most likely longshots to win the super bowl.

Just like in 1980, there is a chance that the Oakland Raiders would pull a new Super Bowl. At the time, Jim Plunkett led the team and ran his way to a Super Bowl MVP. With Plunkett taking over, the Raider went 13-2 including the postseason. While their performance didn't see them finish significantly in any team statistical category, Oakland is a fine example of an underdog pushing through the obstacles and a testament to the parity in the NFL. The Oakland Raiders have their preseason odds set at +3500 which means more than luck is needed to actualize this longshot.

A player’s strike in the 1982 NFL season saw only nine regular season games take off at the time, giving the Redskins the opportunity they needed to claim the Super Bowl. Washington went on to upend Miami 27-17 in Super Bowl XVII. Such a feat might not seem possible in the latest Super Bowl tournament, but the Redskins might come close with the right level of tenacity. Just like the Oakland Raiders, the Washington Redskins have preseason odds of +3500 which gives them just the same chance.

The Philadelphia Eagles might have pulled off an impressive feat in 2017but that was way back then. At the time, Doug Pederson led the Eagles over the Patriots who were the pre-season favorites in a season that culminated the highest-scoring Super Bowl of all time (74 combined points). Though pulling off an impressive performance in 2017 should make it easy for the Philadelphia Eagles to get close to the Super Bowl, they fall into one of the longshots with all odds stacked against them.

The last time the San Francisco 49ers pulled off something incredible was in 1981 when they had one of the best defences. The 1981 49ers allowed 15.6 points per game but had to rely on an inexperienced quarterback. That quarterback, Joe Montana went on to lead the Niners to more championships and would later become one of the best of all time.

Just like the Niners, the 2001 Patriots threw their weight behind an unknown and inexperienced quarterback for their Super Bowl run. The quarterback, Tom Brady, pushed New England to an 11-5 final record and the second seed in the AFC. Brady is no longer a part of the New England Patriots and the team has their preseason odds at +6000 which places them at the bottom of the lower half.