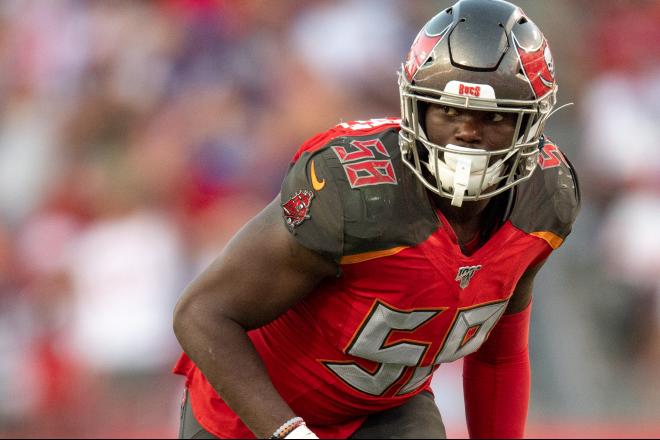 Both the Bucs and Chiefs have playmakers on both sides of the ball. Here's a rundown on which players figure to have the greatest impact on the game both offensively and defensively.

A bad knee kept him out of the NFC Championship game vs. the Packers, but it won't keep him out of the Super Bowl. Brown was the Bucs' most-targeted receiver with over 50 targets during the latter part of the regular season, and had come to serve as Tampa Bay's best deep threat. His presence will aid in opening up the middle of the field for the likes of Gronk and Chris Godwin - and provide a legit deep threat for QB Tom Brady.

As Packers' QB Aaron Rodgers could attest, Barrett was a thorn in his side all game long in the NFC Championship at Lambeau.

If he can replicate that effort, he, along with the likes of Jason Pierre-Paul, could make life difficult for Patrick Mahomes.

With KC's O-line looking a little thin, there's a good possibility that Mahomes will be on his horse regularly to evade the pressure exerted by Barrett, Pierre-Paul and Ndamukong Suh.

While he's been utilized more as a blocker of late, Gronk made a huge catch to sustain a drive against the Packers.

Expect TB12 to look more to big number 87 as he tries to nickel and dime his way down the field in an attempt to mount clock-eating drives.

These two young players anchor the Bucs secondary, with Winfield serving as a vocal leader.

Mahomes will have to be wary of these two young ball hawks. If he isn't, any off-target throws could be snagged by either Winfield or Murphy-Bunting, deep-sixing promising drives.

While Tyreek Hill and Travis Kelce get most of the attention for their receiving exploits, the wily Watkins is the glue that holds KC's receiving corps together.

He is often Mahomes' go-to target when the pressure is on; their chemistry is undeniable.

That could well be the case on Championship Sunday, as Tampa Bay's front four figures to present a stiff challenge for the Chiefs' O-line.

Clark always seems to bring it in big games.

He will surely have to do that against Brady. If TB12 has time to set up and throw, he could pick apart the Chiefs so-so secondary.

But if Clark can regularly disrupt the GOAT, he could put some balls up for grabs.

As many quarterbacks have learned over the years, Beware The Honey Badger.

Mathieu has a knack for perfectly timing safety blitzes - a tool the Chiefs will undoubtedly utilize to put added pressure on Brady.

At the same time, Mathieu will be helping out DB's with coverage where required - something that could result in a pick or two if TB12 doesn't have much time to set up and throw.

The Bills took away Tyreek Hill during the AFC Championship game.

Expect Kelce to be a huge factor if the Bucs make the same mistake.