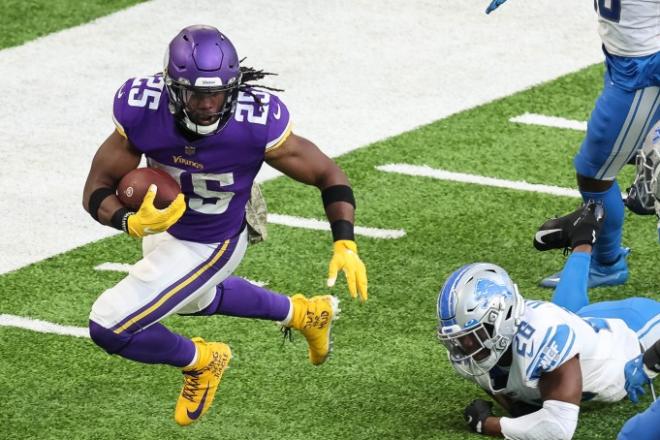 It seems like just the other week I was consternating about who to take in the first round and now the playoffs are merely a few weeks away. Time flies when you are strategizing your weekly fantasy moves. If you are not already in position to make the playoffs, then hopefully there is enough time for you to turn your team around on a late season winning streak and slide in. To help you out, I’m here to suggest who to pick up after a handful of injuries this week.

Déjà vu from last week, Zeke dealing with a lingering injury turns Pollard into a must start. It's as simple as that. Zeke will be limited in practice for what looks to be the 3rd straight week. He had only nine carries in each of the last two games while Pollard led the team this week with ten carries. There are some rumors going around that Zeke might sit out this next game to rest the knee, but most likely he will just be on a limited snap count till he’s 100%. With this high powered offense, it looks like these two will split work. So, start Pollard as an RB2 or a high end flex.

Deebo Samuel left the game with a groin injury, after he had already accumulated two touchdowns. There is a strong possibility he will miss next week against Seattle. Honestly, with Deebo out the only person I trust in this offense is Elijah Mitchell. The last two games he’s played he’s totaled 59 touches! The 49ers have been a split backfield with Deebo and in his absence they will lean heavily on Mitchell, making him a must start. Aiyuk would be the number one WR now, but I don’t trust Jimmy G, like at all. He’s averaging under 200 yards in his last three games and has yet to throw more than 2 TDs in a game.

Alexander Mattison is arguably one of the best backup plans in the NFL. He’s a guy you kind of want to keep at the bottom of your roster just in case Cook goes out. The reason why? Well, in the two games that Cook missed this season Mattison totaled 64 touches for 324 yards and a TD. Yes, that’s just in 2 games. Want a cherry on top? One of those games was against the Detroit Lions and, you guessed it, the Vikings and Lions play next week. Cook could miss a few weeks with a shoulder injury and with the Vikings slated for the Lions, Steelers and Bears. Mattison is a must start and should be the first player off the waiver wire.

It’s official, Christian McCaffrey has yet again been a waste of the number one pick for the second year in a row. His most recent ankle injury will keep him out for the rest of the year. He has only played 10 games the last two seasons now and might not be a top 5 pick anymore. Now, to the good news. Chuba Hubbard is a must start RB2 the rest of the way. Not just from the McCaffrey injury but due to the fact Cam Newton can’t throw a football anymore. Look for Chuba to get the ball often after the Panthers bye this week and a very favorable matchup Week 14 against Atlanta.