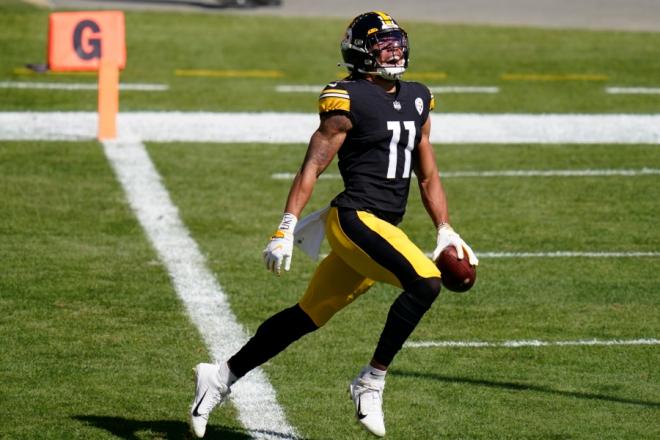 Yes it’s already Week 6, which means a third of the season is already in the books. This has been a fantastic year of football this far. So many close games this season, with over 15 games already decided by the last drive of the game. Absolutely insane. Another huge positive this year has been the injury report, yes some players have been banged up, what's new? But overall it seems to be less severe injuries which is always a positive for your fantasy lineup. That being said there were a few injuries and I’m here to break them down for you.

This week was actually pretty light when it comes to injuries to skill position players. However, the same can't be said for Smith-Schuster. The Steelers just had to make an appearance on my article once again. If they don’t show up four times a season, then you know something is wrong. But, it was a great day for Steelers wideouts, not named JuJu. With a three-headed monster at wide receiver, we can concur that when one of the heads is down, the others become automatic starts. Both Claypool and Johnson had big games and they will shine next week against the Seattle Seahawks poor secondary. With Smith-Schuster out the entire season, both Claypool and Johnson become automatic plays.

I know I started this article talking about how light this year has been on injuries, but if you're a Giants fan, then you would probably disagree. Saquon is starting to remind me of Penny Hardaway. This guy just can’t seem to stay in the game and I don’t think we will ever get to see elite Saquon again. Starting Quarterback, Daniel Jones, also went down and has been ruled questionable for next week with a concussion. The offense still looked decent with ol' Mike Glennon at the helm and with Booker at tailback. Booker is going to be picked up immediately as he had a rushing and receiving touchdown, and was very involved in the offense. He is a solid RB2 next week. Toney was the favorite target of the day with 10 catches and over 180 yards, with this really banged up offense and a backup QB, Toney would be a risky but also rewarding play at the flex position.

As I wrote this, and continuously brought up the fact that it's been a lighter than usual season for injuries, the Kansas City Chiefs RB1 goes down with a knee injury on Sunday night and he could miss a decent amount of time. None of the Chiefs had a good game in this one, but Darrel Williams did seem like the main back to own with CEH down. Williams finished the night with 5 runs for 27 yards and also added 3 catches for 18 yards. He will be a safe flex with CEH missing time. I would not start Williams against the Football Team defense. Jerick McKinnon also added a couple grabs, but should stay on the wire unless the knee injury to CEH does in fact keep him out for an extended period. He could be a good deeper league PPR stash. After the game Andy Reid said Tyreek Hill was dealing with a knee injury, he was able to finish out the game, so I wouldn’t be too worried. Keep an eye on it though, as you might want to pick up Mecole Hardman if the injury worsens throughout the week.