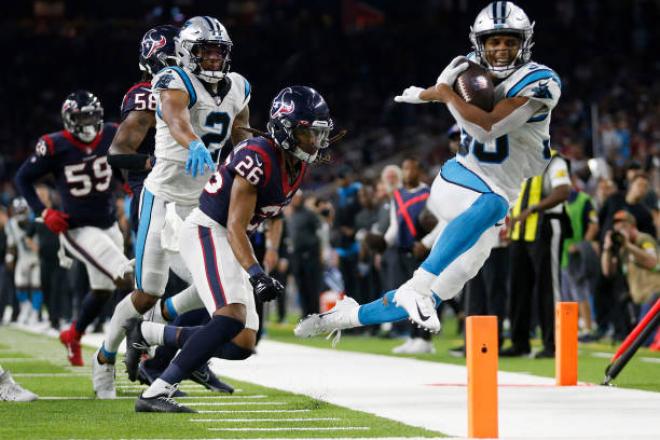 Week 3 is in the books. You might be on top of the world and feel just incredibly confident in all aspects of life while your fantasy team sits atop your league at 3-0. Or, you could also regret everything in life and wish you never joined fantasy in the first place. On the flip, side it’s only Week 3 in what will be either a long, miserable season or a joyous, fruitful season. So, buckle up and get ready for a year like no other.

Need to stay atop your league? Are you looking to find that momentum to bolster you to the top? Here are some insights on the latest injuries and opportunities for Week 4.

Daniel Jones' stock was at an all time high after his performance against Washington last week. Now, his stock is going in the opposite direction due to the fact that two of his top targets left last week's game against the Falcons with hamstring injuries. These injuries could cost both Shepard and Slayton at least one week. Honestly, I'm still hesitant on starting Golladay at anything higher than a flex. That being said he will get a higher target share and if Slayton or Slayton do miss time, Golladay could become a reliable flex or possible WR2 due to volume. The young rookie is still being limited in his role with the offense, but Toney might see more targets sooner rather than later. He is a nice grab and stash player.

This one hurts for fantasy managers. McCaffery is one of the top talents in the NFL and he went first in most drafts. Good news is the injury isn’t too severe and McCaffrey shouldn’t miss more than a few weeks. Now the rookie, Chuba Hubbard, has a huge opportunity to be the bell cow back for the Panthers during McCaffrey's absence. The rookie finished Thursday's contest with 10 carries for 52 yards. He also added 3 catches on 5 targets for 27 yards, that’s pretty high volume. With the Cowboys next on the schedule, Hubbard jumps into the RB2 range with upside. With the rushing totals and involvement in the passing game, Hubbard could get well over 20 touches. Use that waiver pick and reap the rewards. Now with Royce Freeman also on the Panthers roster, I’d suggest leaving him off your roster unless you want to stash him in deeper leagues. He could take some carries away from Hubbard, but it won't be enough to warrant him a spot in your lineups.

Last year, the Steelers made a regular appearance in my articles due to the fact they dealt with endless injuries. Now, two of Ben Roethlisberger's top targets are banged up and could miss some time. Dionte Johnson was already out this week and Juju left the game early with a rib injury. You shouldn't get happy about injuries, but Claypool owners are rejoicing. He racked up a season high 15 targets in last week's game against the Bengals. Claypool is normally a big play guy and you just hope he can score a TD, but with a target share like that he becomes a safer WR2 with upside. So if either Juju or Johnson miss next week, feel very confident plugging Claypool into your lineup. RayRay McCloud is a bit of a reach at the moment, but he did have 4 targets and could see a higher target share down the road if JuJu misses more time than expected. On a side note, RB Najee Harris had 19 targets. Pretty much solidifying his RB1 status.