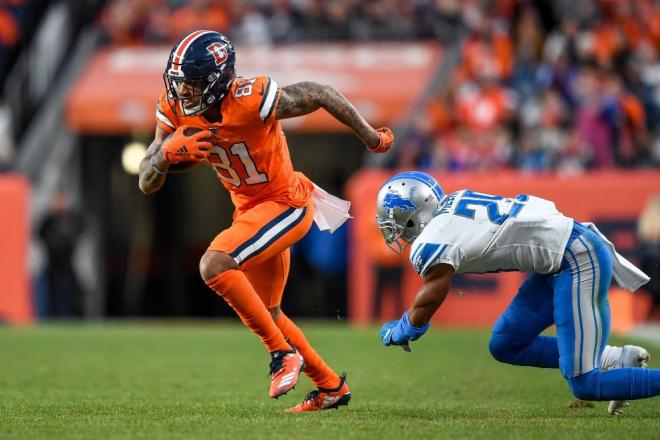 I don’t like to put my “personal” perspective into my articles, but after 10+ years of fantasy football this was the first year I decided to handcuff all my running backs. Let me tell you, whatever spot your handcuff is taking up on your bench is 100% worth it. It’s kind of like the flu shot or a seat belt… you might never get the flu... you may drive everyday and never get into an accident, but you’ll sure be glad you got the shot or put that seatbelt on when the time comes. My point is, please, get your handcuff in any league you are in, save yourself the dismay of losing your starting back. Anyway, here are 7 players, and 1 “Keep Your Eye On…,” you should target heading into week 4!

If QB’s were cars, Kirk Cousins would be a 2010 Toyota Camry. It’s not sexy, it won’t turn heads, but it gets you from A to B, you can count on it - most of the time. Cousins floats around the top 10 every season, but he’s rarely ever rostered like a top 10, even a top 15 QB would be. He’s been consistent through three weeks, scoring 22, 24, and 22 points. He’s sitting at 918 yards, 8 TD’s, and 0 INT’s. He is currently QB #4 and has some favorable matchups coming soon. After watching the Browns this week against Justin Fields I might be hesitant to start Cousins, but with games against the Lions and Cowboys in the next month, he’s certainly worth a look.

With Christian McCaffrey’s injury riddled season last year I would’ve thought Hubbard was a no-brainer, but only 11.3% of fantasy owners have him on a roster. Hubbard is a MUST ADD this week, especially if you have CMC on your roster. Don’t expect the same kind of production, or anywhere close, but I would expect head coach Matt Rhule to make some adjustments to better suit Hubbard’s running style.

Do I really need to write a reason why you should have Tony Jones Jr. on your roster?

The Broncos have not had much luck keeping their receiver core healthy so far this season. Already down Jerry Juedy, now K.J. Hamler’s season is done with a torn ACL. Patrick was already getting more targets than Hamler, and that number will now seemingly increase even more. Patrick is a solid WR3 going forward.

With Derek Carr off to a hot start it just makes sense to have anyone catching passes from him. Clearly the top target in Las Vegas is Darren Waller, but you can 100% tell the trust Carr has in Renfrow. He doesn’t have the big play ability of Henry Ruggs III, who can make a 1 target game worth it for a fantasy owner, but Renfrow is consistently getting 8 targets per game so far this season, grab him this week.

If I could’ve dropped Robby Anderson last week at halftime, I would have. I cannot figure out what is going on, it just seems like Sam Darnold won’t even look in his direction on the field. The eye-test from Thursday’s game by yours truly saw Anderson barely running routes, he looked lethargic and the furthest thing from explosive. Rookie Terrace Marshall Jr. was taken in the second round and clearly has the talent to be opposite D.J. Moore as the Panthers #2.

Sanders is currently WR #28 and has seemingly carved out a role with the Bills. He is averaging just under 7 targets per game, behind 10 each for Stefon Diggs and Cole Beasley. Prior to this week, Josh Allen didn’t look like everyone’s first 8 week MVP from last season. He turned it around against the Redskins with 4 passing and 1 rushing TD. With upcoming matchups against the Texans and Chiefs, Sanders should continue to put up solid numbers. He’s a WR3/Flex option going forward.

I am from Cleveland, so Josh Gordon will always hold a special place on my fantasy bench when he is reinstated. A truly sad story of a guy with all the talent in the world who struggled with addiction, it will make an amazing “30 for 30” one day. Gordon was reinstated by the NFL on Monday this past week and that same day signed with the Chiefs. Keep an eye on him in your leagues, if you have a roster spot he’s worth the risk.