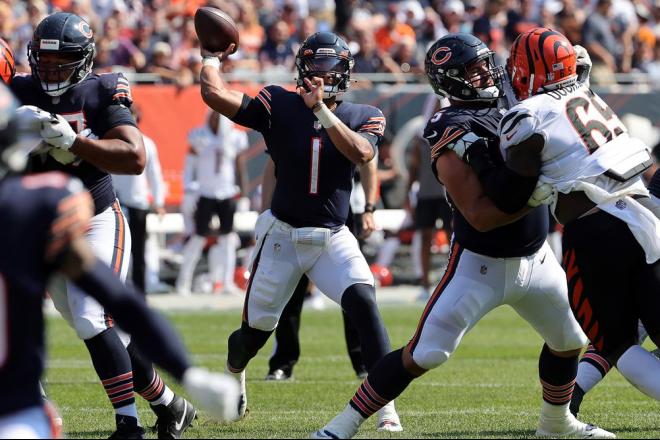 Football is back in full swing, you can feel it in the air and see it on the field. That Thursday night game was absolutely insane, I was so invested in the 4th quarter, that the world could have been nearing an apocalypse and my glutes would have stayed glued to that couch cushion. This time of year as a kid,  I was dreading going back to school. Now as an adult and father of three, times have changed and I wish I was the one with school in the morning. But as you get older, you realize some of the beauties that come with Sunday nights; the leaves are falling, the temperature is dropping and I smell pumpkin every time I walk into my house. But of course, none more important than football being back on the TV!

Let's reminisce a bit more, and get into last week's injuries and the opportunities present for Week 3.

Normally, I don’t have QBs in these articles, but since there were several Week 1 QB injuries I thought I’d have at least one QB on this list. It's also little different when a top 10 pick gets a chance to play. Right now, Fields is owned in less than 50% of leagues and if you have an iffy QB situation, spend that waiver pick on him. The Bears have a good enough offense that warrants picking up the rookie QB, especially when you factor in his legs. The Bears also play the Lions at home next week. So you might surprise your next opponent with a sneaky good pickup at QB.

Once again the Browns stout offense is getting banged up. Last week Odell Beckham Jr. was unable to play and now this week Jarvis Landry sprains his MCL and could miss a few weeks. Now the best option to pick up isn’t a WR, it’s Austin Hooper. Over Half of Baker Mayfield's completions against the Texans went to his three TEs, including 5 targets and 5 catches for Hooper. Hooper has now caught all 8 of his targets early on this season. If both starting WRs continue to stay banged up, look for Hooper to become a low tier TE1 due to his target share. Now if you are feeling lucky you could take a swing at Higgins or Peoples-Jones, just a little to risky for me at the moment.

Another team that can’t catch a break with the injury bug is the Rams. With Cam Akers already done for the year, Henderson exited in the 4th quarter with a rib injury. Sony then picked up some of the slack and finished the game with 10 carries for 46 yards. Now there won’t be a big rush to get Michel because the Rams play the Tampa Bay Buccaneers next week, so he will be an after thought. But I would suggest picking him up this week if you have the room because if Henderson’s injury lingers, you could see more and more of Michel. After the Buccaneers a lot more favorable matchups are in store for the Rams, such as the Seahawks, Giants and Lions who are all beneficial matchups for anyone in the Rams backfield.