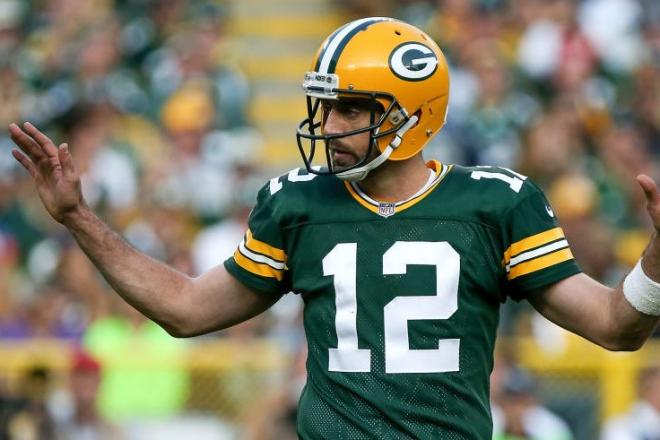 NFL: Look For Aaron Rodgers To Make A Decision - And Soon

With only a few weeks to go until training camp, the Aaron Rodgers Saga continues.

At this point, it looks as if the "trade me" scenario has expired.

Well, few (if any) teams would want to bring in a quarterback so close to training camp, even the reigning league MVP. There just wouldn't be time for a quarterback, even the otherworldly Rodgers, to learn their system and develop chemistry with his receivers.

That leaves number 12 with two options: to play, or sit out.

A lot has been made of the fact that Rodgers will leave $35 million in salary on the table if he chooses not to play in 2021.

Good point, but at this point, everything hinges on just how disenchanted Rodgers is with the Packers.

Judging by his social postings and other cryptic comments, it looks like he's very upset with management.

They drafted a quarterback when they didn't need to, failed to draft or bring in a wide receiver or two to give him and Davante Adams help, and have recently let offensive starters (i.e., center Corey Linsley) slip away to other teams via free agency.

Not only that, but when they finally drafted a wide receiver, it was in the third round of the 2021 NFL Draft, Clemson's Amari Rodgers at 85th overall.

Doubtless, he would have been ecstatic with management picking cornerback Eric Stokes in the first round with the 29th pick, and center Josh Meyers at the 62nd slot in round two.

Well, at least the Pack needed a center after losing Linsley to the L.A. Chargers.

The point here is that AR12 has probably had enough of management not trying to bring in players that would make life easier on him.

Just imagine if GM Brian Gutekunst had brought in the likes of Henry Ruggs III to provide him with a legit deep threat and take pressure off Adams, who sees double teams (and beats them) in his sleep?

Who knows; perhaps the Pack would have had the horsepower needed to beat Brady & the Bucs in last year's NFC Final. That's what game breakers like Ruggs III can do for you.

All this has likely hardened Rodgers' resolve to leave Green Bay. Sure, he'd be forfeiting $35 million in salary, but at this point in his career, money isn't the issue - championships are.

So don't be surprised if Rodgers elects to sit out to force the Packers' hand.

Above all, he wants to go to a team that respects him for what he brings to the table - and that has a real chance to compete for the Vince Lombardi Trophy moving forward.

If he does sit out, and Adams elects not to play without Rodgers under center, the Packers will be in a world of trouble.

And it will be because Gutekunst fumbled the opportunity to treat his marquee player with the respect - give him the players - he deserved.