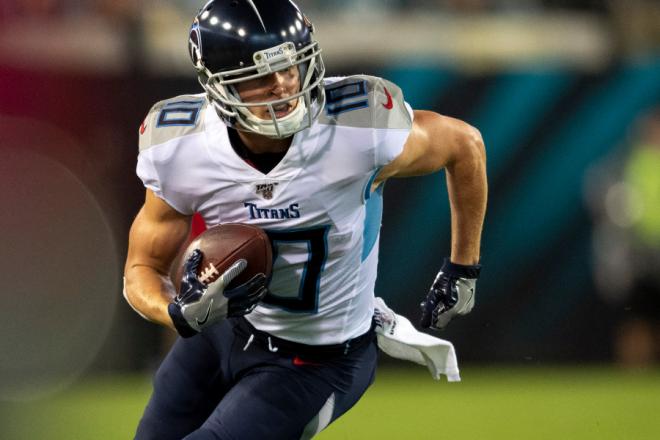 Boy oh boy, the waiver wire in most of my leagues is DRY. Just a quick reminder here, I’m not going to suggest players that are obvious. Preaching for you to pick up Christian Kirk, who is most likely rostered in 80% of competitive leagues, is not going to help you week to week. Here are some players you should target, or plug and play, this week!

With an injury expected to keep Miles Sanders out for at least Thursday’s game against the Giants, Boston Scott is in line to fill in as the team’s top back. Head Coach Doug Pederson said he would be taking a “committee” approach, which makes sense on a short week, but Scott will almost certainly have the edge and should see most of the snaps. If Scott is unavailable in your league, you can also grab Corey Clement as a low-end flex option.

Now I’ve seen some teams across my leagues with some guys on their roster that have me thinking, “why are you even wasting your time with this guy?” Outside of the Quarterback position, if someone is averaging 10.1ppg in fantasy they are usually rostered at a decently high clip. Adam Humphries provides a ton of value and is consistently targeted by Ryan Tannehill. He averages 6.5 targets per game and has never had less than 6 targets in any games he’s played in. MATH TIME: with an 81% catch rate paired with a consistent 6.5 targets per game, Humphries should get you over 5 catches per game… don’t argue with me, argue with the math!

Yes, recommending Keelan Cole again! Another wide out who is available in many leagues who has been consistently putting up numbers each week. In four of six games, Cole has gone over 100 yards or scored a touchdown – great numbers for someone rostered in roughly 20% of leagues!

With Sammy Watkins out this past Sunday, and expected to miss more time, Robinson stepped up and led the team in receiving yards. Outside of Tyreek Hill and Travis Kelce there has not been a consistent third skill player to step up in the pass game. With an offense that can put up 40+ on any given Sunday, owning any part of it is a no brainer.

I was a Perriman truther last season, admittedly. He even won me one of my leagues with his end of the season stretch with the Bucs. Perriman signed with the Jets in the offseason, figuring to benefit from the “jump” Sam Darnold was anticipated to make, but after two games he had an ankle injury that held him out the last three weeks. In his first game back this past Sunday against Miami, Perriman led the team in receiving and will look to build on that in the coming weeks. Let’s face it, this team is going to be playing more for the Trevor Lawrence sweepstakes with more intensity than any football game this season… but they will be throwing a ton!

With Zach Ertz expected to miss 3-4 weeks and uncertainty on if Dallas Goedert will be activated from IR on a short week, I’m grabbing Richard Rodgers. The proof is in the targets, baby. Carson Wentz loves his tight ends, its no secret. The two top targets last season were Ertz and Goedert, and it wasn’t even close… and it would almost certainly be the case this year if both weren’t injured. Rodgers might not be a multiple week option in any format, but this week it looks like the volume will be there for him to put up some numbers.

What rules is your league putting in place due to COVID? Let me know!