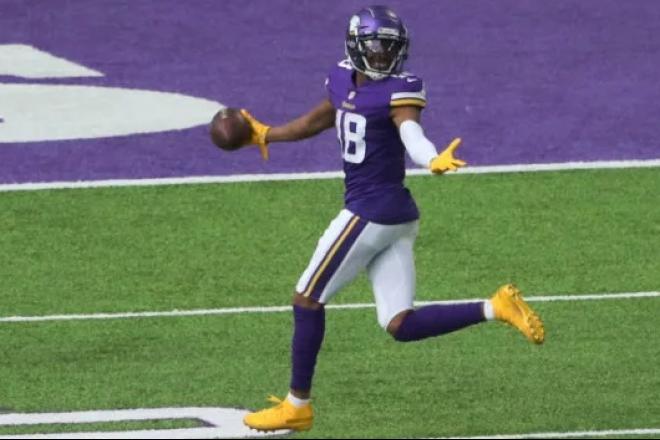 What a great week of NFL games! It’s also a big week for waivers, players had breakouts, starters got benched, and outlooks changed for many. Here are some targets for your waiver wires heading into week 4.

Bears QB Mitch Trubisky was benched in Sunday’s game against the Atlanta Falcons. It was announced yesterday that Matt Nagy would be going with the former Super Bowl MVP Nick Foles going forward – using verbiage that indicates no plan to go back to Mitch anytime soon. Foles came in at halftime against the Falcons and put up 188 yards, 3 touchdowns and 1 interception, leading the Bears back to a 30-26 victory in yet another blown game by the Falcons. Foles has proven fantasy relevance in the past and would be a great add for any 2-QB league.

Cousins has gone from being rostered in nearly every league the past couple seasons to being a bye week replacement on many waiver wires. Cousins bounced back after a dismal outing against the Colts to put up 251 yards, 3 touchdowns and 2 interceptions in a close loss to the Titans. Dalvin Cook continues to impress and that should open things up even more for Cousins as he looks to get back on track.

Hill was highly regarded in training camp by the Falcons coaches and might’ve earned more opportunities after his impressive game against the Bears. Hill put up 80 scrimmage yards on 10 touches and 1 touchdown while serving as the back up to Todd Gurley. Given Gurley’s injury history and previous workload management, Hill is a great option to pick up and stash on your bench. In the right week, he can also serve as a mid-tier flex option!

Jefferson broke out in a big way this week against the Titans. Posting 175 yards and a touchdown on 7 receptions, the rookie wide out from LSU showed his versatility and speed. Jefferson was drafted to be the clear successor of Stefon Diggs and it seems he has already gained the trust of signal caller Kirk Cousins. Quite frankly, this Vikings team does not have many options outside of Cook, Thielen, and now Jefferson… so the volume should be there!

Justin Jefferson wasn’t the only rookie wide out to have a big day this past week. Tee Higgins took it to the house twice in Sunday’s tie against the Eagles. Higgins was granted the opportunity to wear #85 by Ochocinco when he was drafted in the second round by the Bengals – that is high praise from one of the best route runners of all time. With Joe Burrow already impressing many and the fact that the Bengals will be tossing the ball around a lot this season, Higgins should be on everyone’s radar. Keep in mind with rookies that many of your league mates might’ve already dismissed to waivers, these are young guys who had an extremely limited training camp and zero preseason. I would expect big things from Higgins and Jefferson the rest of the season.

This guy has always been a solid slot receiver who might not score a ton of touchdowns but racks up the receptions like no one’s business. If you’ve read my articles before you know I love targets, and Beasley has been targeted nearly 7 times per game this season. With Josh Allen putting up MVP-level numbers it would be wise to grab the players around him making it possible.

I can’t believe I’m saying this, but Jimmy Graham is probably going to be fantasy-relevant again. The QB change in Chicago will probably benefit players like Allen Robinson and Anthony Miller more, but Graham will also reap the reward. Foles seemed extremely comfortable throwing to Graham in Sunday’s win over the Falcons and I would expect there to be more of that in the coming weeks.

Ebron has always been a guy you could plug into your lineup and he might go out and get you 5 catches for 50 yards and 3 touchdowns… or he gets you 1 catch for 17 yards – there seems to be no in-between. When Ebron signed with the Steelers this off season I expected some bigger numbers, maybe not like his 2018 campaign with the Colts where he caught 13 touchdowns, but somewhere in the 7-9 range. With great play coming from Ben Roethlisberger I would expect Ebron to build upon last week’s performance where he put up 52 yards and a touchdown on 5 receptions.