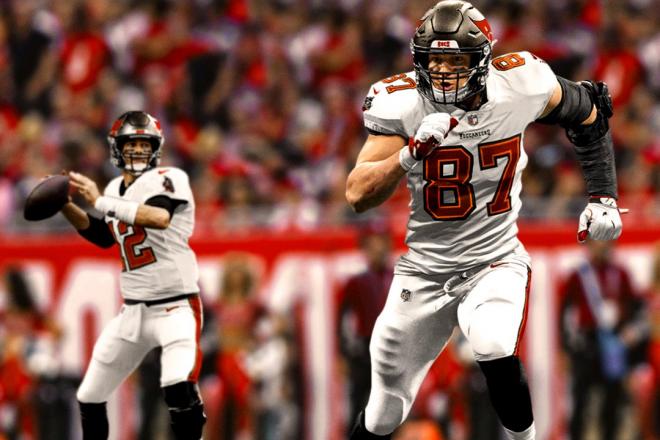 Suffice it so say, few NFL seasons have started with so many question marks, chief among them, will the NFL succeed in its bid to play a full schedule in the midst of the ongoing COVID-19 pandemic?

Assuming the season will play out as planned, here are seven key storylines to follow as the season unfolds.

1. Can Brady and the Bucs make the playoffs?

Says here that, yes, TB12 and his crew of swashbuckling buccaneers will make it to the postseason for the first time since 2007.

The good news is that Brady will have the most weapons he's ever had on offense, starting with Rob Gronkowski at tight end. Add in Mike Evans and Chris Godwin at wideout and LeSean McCoy and Leonard Fournette at running back, and the Bucs' offense figures to be potent.

Only question is, will Tampa's so-so defense be good enough to keep Brady & Co. in enough games where the G.O.A.T. can come through at crunch time to put enough W's on the board to earn a spot in the post-season. At the very least, it's going to be interesting to find out if TB12 can work his magic in Florida.

2. Will the Pittsburgh Steelers be a force in the AFC North?

Affirmative. Ben Roethlisberger is once again healthy, as is running back James Conner.

And let's not forget that JuJu Smith-Schuster has a year of experience under his belt as the Steeler's marquee pass-catcher - and that fellow wide receiver, James Washington, is ready to build on the promise he showed during Pittsburgh's turbulent 2019 season.

Tight-ends Eric Ebron and Vance McDonald - and a solid o-line - should also help make the Steelers' offense a threat each time they step on the field. And while the Steelers' defense isn't the second coming of the Steel Curtain, its a very good unit that will complement Big Ben & Co. nicely.

3. Is Action Jackson ready to run wild in the playoffs?

After a stellar season, Ravens' all-world quarterback Lamar Jackson couldn't get it done in the playoffs for a second consecutive year.

Such are the growing pains for young quarterbacks. Jackson learned from the failure of 2018, worked on his shortcomings (being a runner, not a thrower) and turned in an MVP season in 2019. With a well-balanced team around him, expect him to bounce back, lead the Ravens to the playoffs - and then win his first career playoff game as a starter.

4. Does Drew Brees have one more Super Bowl run left in him?

Now 41, the NFL's all-time leading passer knows this season could be his last crack at winning a second Super Bowl.

Well, this is the year. Dominant WR Michael Thomas is in his pass-catching prime, and the Saints smartly signed veteran Emmanuel Sanders in the off-season to give opposing defenses another dangerous wideout to think about.

A better-balanced offense and underrated defense - the Saints are possibly the best-balanced team in the NFC South - will give Brees another chance to win a second Super Bowl in 2020.

Well, let's just say you wouldn't want to bet against it.

As if QB Patrick Mahomes didn't have enough weapons on offense in the form of TE Travis Kelce and wideouts Tyreek Hill, Mecole Hardman and Sammy Watkins - he now will have explosive Clyde Edwards-Helaire lining up at running back.

If KC's defense continues to improve, there's a better-than-even chance that Mahomes and his mates will have to brush more confetti off their uniforms in February.

6. Is This the Browns' Year to Finally Make the Playoffs?

Which is to say, will new head coach Kevin Stefanski provide the structure that a talented group of individuals need to play to their full potential?

If he can rein in the likes of QB Baker Mayfield, WR Odell Beckham Jr., and Kareem Hunt - not to mention emotional DE Myles Garrett - then the Browns have a legitimate chances to make it to the post-season for the first time since 2002. The wild card is, can all that talent come together as a team to make it all work?

7. How is Mr. Rodgers Feeling?

This could be a season of discontent for Packers' QB Aaron Rodgers. Last year, Green Bay management delivered by getting him some much-needed defensive support. Somehow, the Packers put up a 13-3 record, a strong defense leading the way. Meanwhile, offense production - particularly at wide receiver - was down.

With offensive support the main issue entering the 2020 season, management failed miserably in the off-season. They inexplicably selected QB Jordan Love in the first round when they could have gotten, among others, Henry Ruggs III, to add much-needed depth at the wide receiver position.

Instead, Rodgers will have to make do the with same so-so group of wideouts (sorry, Devante Adams) he threw to in 2019. So much for another Super Bowl run for the talented Mr. Rodgers.