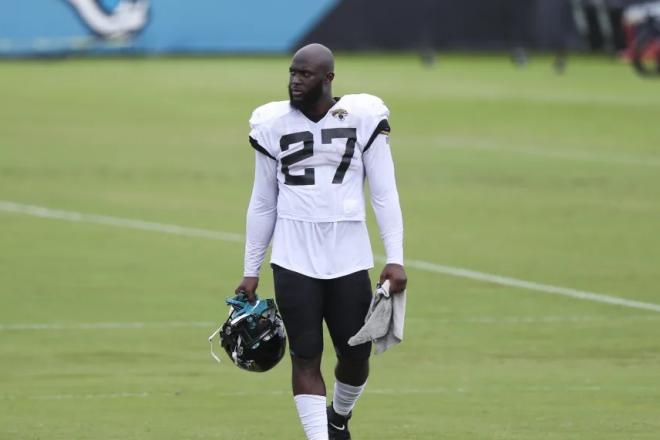 What happens to the Jacksonville backfield?

The Jaguars released Fournette early Monday morning and you could hear the jaws dropping. This leaves rookie Ryquell Armstead and pass-catching back Chris Thompson as the primary names to note. Do not expect the Jags to just hand Armstead 18+ touches a week. Although I believe the rookie will handle majority of the carries, he will cede a few rushes and majority passing down work to Thompson. I also see the Jags giving Devine Ozigbo a few carries a game, which will really eat into Armstead’s first and second down role.

So, who should you own?

Thompson is the back to own if you are in any type of points per reception (PPR) format, as he should be a solid flex, fringe RB2 if he stays healthy (which history has proved otherwise.) Armstead will be a match-up dependent flex in standard formats, but if Thompson were to go down, Armstead would become a solid RB3.

Did you already draft Fournette?

Do not freak out if Fournette is sitting on your roster right now. Calmly place him on your bench and scream into your pillow. Fournette is a talented back and will find a home and wherever Fournette ends up, he will be back in your fantasy lineups. My favorite landing spot for Fournette is The Washington Football Team (WFT). Yeah, I threw up in my mouth a little bit too. But it’s perfect. WFT has a good offensive line with no star running backs; insert Fournette here. Adrian Peterson can be placed into the backup role and Antonio Gibson should not cede many touches, in fact, he could see more snaps from the slot (a big plus for PPR formats). Fournette would be a strong RB2 and a feature workhorse back who would immediately help this offense and take some pressure off Haskins… this would make McLaurin owners very happy.