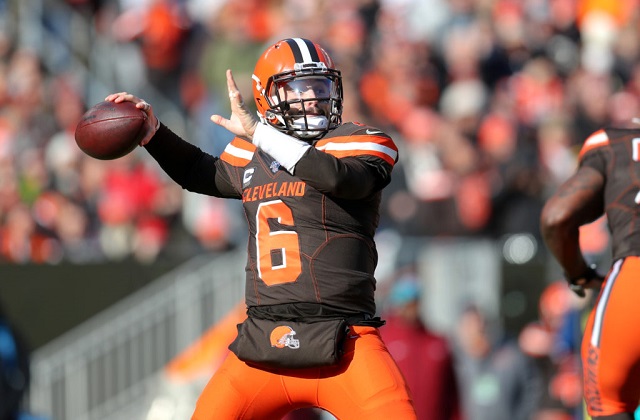 For a good turn out in fantasy, finding those sleepers in the late rounds can really make the difference when making a run for the championship. Here are hidden gems for each position that will be good, if not great players that can help put your team in position for a solid 2020 run.

Coming into his third year as the Browns starting quarterback, and for the third consecutive year he will have an entire new coaching staff. New head coach, Kevin Stefanski, did wonders with Kirk Cousins in Minnesota as their offensive coordinator. Now he moves to Cleveland where he has more play makers and a good shot to make this the high flying offense we all once thought it was to be in 2019. If you put Baker in an offense built around him he is bound to thrive and that’s the main reason the Browns hired Stefanski. Baker looks to get back to his rookie form when he threw for 27 TDs in 2018. Stefanski's run-first style can open up play action and more deep shots to help compliment Baker's strengths and mobility outside the pocket.

With his performance and sheer control of touches in the playoffs combined with LeSean McCoy leaving, Williams is the clear cut number one running back in the high powered Chiefs offense. When McCoy got hurt in week 15 Williams was given the bulk of the carries the rest of year including the playoffs averaging 20 touches a game during that span. He is the new age RB every NFL team is looking for and can remain on the field for all 3 downs. His volume will undoubtedly carry into next season. With the Chiefs explosive passing offense, defenses put second thought into the run game. Williams will slide under the radar for you to snatch him in later rounds and will provide solid RB2 numbers.

While most of the hype is surrounding Courtland Sutton, a late round pick of Hamilton could help solidify your flex position in 2020. When Drew Lock took over as the Broncos starter, the passing attack opened up in Denver as they averaged over 30 attempts a game. In the last 2 games, Hamilton had 11 catches with 130 yards and a TD. Look to see his target share increase in 2020 with an addition of some big games from the third year wideout.

Last year when Olsen went out with an injury, Thomas was forced into the starting role. While his numbers won’t blow you away, he did more than enough to solidify his starting role in that offense; including a game against Atlanta, where he was targeted 10 times while hauling in 5 catches for 57 yards and a TD. With Joe Brady as the new OC in Carolina the passing offense will flourish. With the linebacker attention mostly on Christian McCaffrey, Thomas will play nicely off of screens and short routes. There is some uncertainty at quarterback in Carolina but the TE position is locked down.

Some people like to stream defenses in dynasty leagues, which is understandable, but you can get the Redskins with that last pick of your draft and be very excited about it for two big reasons; Jack del Rio and Chase Young. Back in 2002, the Panthers hired Jack Del Rio as their defensive coordinator and then drafted Julius Peppers number two overall. At the end of that season the Panthers had the 2nd best defense and were 2nd in sacks. The Redskins have the same thing with drafting Chase Young, who will be an absolute game changer. Pairing Young and Montez Sweat along with Alabama boys, Payne and Allen, the Redskins have a total of six first round picks on the defensive side of the ball with four of them being on the front line. They will be a top 10 defense when it comes to yards per game while being near league best at sacks and turnovers forced.

Think of the best kickers in the league. I bet you Randy Bullock didn’t cross you’re mind. While he does play for the worst team in the league the Bengals that shouldn’t stop you from drafting him next year. The ten year pro was 27-31 in field goal attempts but was dead last in extra point attempts, only missing one all year. Next year's Bengals offense will be different with Joe Burrow at the helm and they will have ample more scoring opportunities, which means more points for surefire kicker, Randy Bullock.