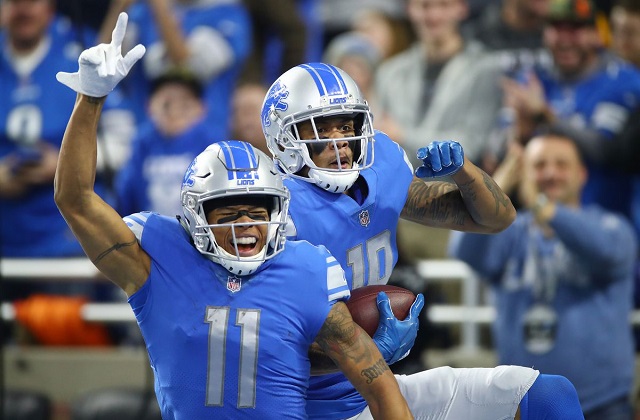 This week, I am doing something I have never done before: writing an article about Redraft Fantasy. There are two players who have been talked down in the fantasy community lately (for Dynasty at least) that I actually feel can be solid contributors to your team. The key word here is "solid", please note that I did not say "super star".

This past offseason, Jordan Howard went from one crowded back field to another. After being seemingly replaced in Chicago by Mike Davis, he gets shipped off to Philadelphia to be seemingly replaced by 2019 2nd round draft pick Miles Sanders (PSU). But will he be replaced? Interestingly, Howard’s production has slipped every year in the league, but I beleive that is the result of Matt Nagy’s running back preference as opposed to Jordan Howard’s skill set. Howard is a physical runner and while he has be maligned for his lack of pass catching abilities, he does have a career 66.7% catch rate. It has been reported that he has also been working on improving his receiving this offseason. While he looks to be supplanted in the future by Miles Sanders, Howard has a ton left in the tank and it appears the Eagles are leaning more towards the run to protect quarterback Carson Wentz’s health. While Philadelphia has historically employed a running back by committee, that was more so out of necessity. Look for Howard to be an RB3 or low end RB2 this season.

As we can see, Jordan’s best receiving year came in his rookie season, at least yardage wise. After that, the targets weren’t there but his catch percentage climbed into the lower and middle seventies. Look for him to expand on his role as a receiver in Philadelphia’s dynamic offense. Watch some of Jordan's career highlights here.

After being limited to only 9 games in 2018 due to a knee injury, many fantasy players have soured on Marvin Jones. Why? Golden Tate is gone, Kenny Golladay is still a very young receiver, Hockenson is even younger and Jesse James is mostly a blocker. Currently he has an ADP (average draft position) of #100 which would make him a 9th round draft choice, being selected after players like Allen Robinson and Will Fuller. One can make the case that Jones has a shot to outplay both of them this season, as Chicago spreads the ball around and Fuller is oft-injured. At age 29, he is only 2 years removed from his 1st 1,000 yards season, and Matthew Stafford is still a solid quarterback. I know Head Coach Matt Patricia has said they are committed to the run, so 8 man boxes can only help the passing game. Load up on studs early in your draft and rely on Marvin to be a steady presence as your WR3/bye-week fill in.

Did it feel weird reading a redraft article written by me? It was very different writing it! If you would like more redraft pieces in the future, or have any questions/comments hit me up on Twitter @Thembower85, and make sure you check out my podcast, The Dynasty Rewind!