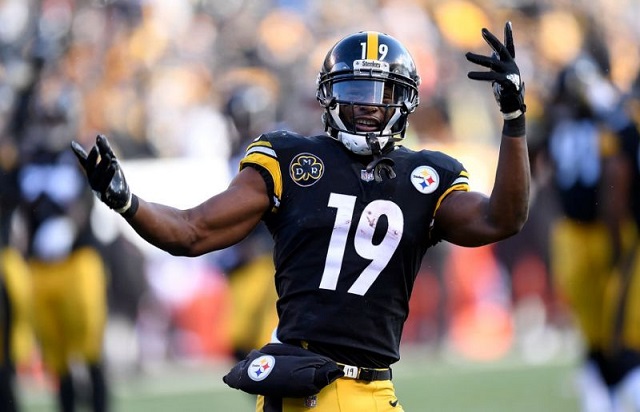 Starts and Sits for Week 9

Easy choice, right? Not so fast. As bad as the Bills have been this season (minus their baffling domination of the Vikings), they’ve been very good against opposing fantasy quarterbacks. This could be in part because opponents have played with a lead for most of the season, causing them to rein in the passing game a bit and control the clock with the run game. Regardless, Buffalo is fifth in the NFL, allowing just 15.0 fantasy points per game to opposing QBs.

Yet, I still believe Trubisky will have an excellent game Sunday. The rough conditions in Buffalo don’t scare me as Soldier Field isn’t exactly located in San Diego. On top of that, Trubisky has been rolling lately. He has topped his opponent’s “fantasy quarterback against” average four games in a row, averaging 30.25 fantasy points per. During that stretch, he has thrown 13 TDs and rushed for one as well. His rushing ability can’t go unnoticed as he’s averaging more than 55 yards per game on the ground in the past four.

Lindsay has seemingly taken a hold of the starting spot in Denver. How long will it last? Not sure, but we know it will last for at least one more week. He’s been very effective over the past couple of games, averaging 5.8 yards per attempt with two scores. In addition, he received both goal-line carries in the Broncos' loss to the Chiefs last Sunday, converting one for a touchdown.

The Texans have been mediocre against the run, allowing 17.2 fantasy points per game to opposing running backs this season, 14th-best in the league. This score of this game should remain close throughout, which should allow the RBs to see plenty of action. In the past 4 games, Lindsay has received 56 percent of his team's carries and 66.7 percent of the carries last week. I expect that to continue, and volume is the most important metric when it comes to fantasy value.

Generally a PPR monster, Landry has been very underwhelming this year. He’s on pace for fewer than 100 receptions and slightly more than 1,000 yards. The strange part is his targets have exponentially gone up; his 188-target pace would shatter his career high of 166. He owns just a 52.1 catch rate, well under his career low of 66.3 percent in 2015. That is startling to see from such a sure-handed receiver.

All that aside, the Browns have fired both HC Hue Jackson and OC Todd Haley, which should provide a positive impact on Landry in particular. The biggest thing for an interim head coach is to show management he can lead the team better than the previous coach. In essence, that means finding ways to get the ball into the hands of the best playmakers on the field. Enter Jarvis Landry. He’s the best offensive player on the Browns, and they will do anything and everything to get him the ball this week. Not to mention, they’re hosting the Chiefs, so Cleveland will likely need to air it out to have any chance of keeping up with Mahomes and the Chiefs’ high-flying offense.

Howard is finally showing everyone what he’s capable after being the first tight end selected in the 2017 NFL Draft. He’s been on a roll lately with at least 60 receiving yards in three straight games, including a touchdown in two of them. He’s also converting targets into receptions 70.6 percent of the time, giving his quarterback comfort when throwing in his direction.

The cherry on top is Howard's upcoming matchup. The Bucs head to Carolina to face a Panthers team that is last in the NFL at defending tight ends, allowing 12.4 fantasy points per game to the position, including 17.0 points through the past three contests. Howard is a must-play this week across all formats.

The old school Ravens are back: smothering defense, power rushing deep passing. The only thing that affects Roethlisberger is that smothering defense. Outside of Cam Newton last week, no quarterback had scored more than 17 fantasy points against them since Andy Dalton in Week 2. It makes sense because Baltimore's defense has limited opposing quarterbacks to a league-low 12.3 fantasy points per game.

In addition, Roethlisberger has never been a fan of M&T Bank Stadium. In 10 games at Baltimore, he has averaged just 234.3 yards per game with nine touchdowns and 13 interceptions. That’s right, less than one touchdown per game over his career. It won’t be any easier this week with the way the Ravens have been playing this season. Sit Roethlisberger.

McCoy has been possibly the most disappointing back of the season thus far. He has yet to score all season and has surpassed 100 scrimmage yards just once -- and barely, with 108 total yards in Week 5 against Tennessee. A major dip in volume is occurring as well as he’s on pace for just 171 carries, which would be his fewest since his rookie year of 2009 when he started only four games.

Another downside to McCoy this season is he has yet score more fantasy points than any of his opponents’ “fantasy points against” average. Add that on top of the fact that he’s playing against a Chicago defense that is currently permitting just 12.3 fantasy points per game to opposing RBs, third-fewest in the NFL, and you’re better off leaving Shady on the bench.

To continue the trend of sitting Steelers’ players, I’m also sitting Smith-Schuster against the Ravens this week. After a scorching-hot start, reaching beyond 100 yards in each of the first three games, he has surpassed the 100-yard mark just once in the past four contests. Given Roethlisberger's struggles against the Ravens over the years, I believe JuJu will suffer the most among the Steelers’ skill-position players this week.

Baltimore is allowing an NFL-low 17.3 fantasy points per game to  WR corps. Considering that I believe Antonio Brown will be able to get , that’ll leave Smith-Schuster as the odd man out. He has been held to no more than four catches and 60 yards in three of his past four games. I expect that trend to continue Sunday.

Rudolph is simply a product of being in an offense with too many weapons. With Adam Thielen, Stefon Diggs and Latavius Murray playing as well as they are, there are simply not enough opportunities for Rudolph to remain as involved as his fantasy owners would like. He is seeing around five targets per week consistently, and while he is converting 74.4 percent of those into receptions, he needs to catch just about every ball thrown his way to be a fantasy difference-maker.

This week, he has a favorable matchup on paper as the Lions rank 25th against opposing tight ends, giving up 9.0 fantasy points per game to the position. However, with Detroit sitting among the bottom half of the league against wide receivers as well, that plays into the hands of those other Vikings playmakers. That means Rudolph could be ignored for long stretches yet again. Expect to see a big day from the Vikings’ offense as a whole, but not from Rudolph.