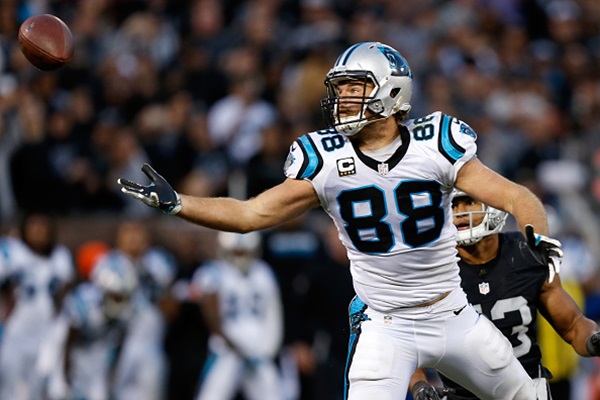 The Jets had an outstanding week of production against the Broncos, but Enunwa was left behind. He was targeted five times but failed to come down with any. It was reported early in the game that Enunwa was dealing with a hand injury. Sadly, he has a new, lower floor, but I suspect this is only a blip on the radar. KEEP counting on Enunwa as a WR3 in your starting lineup.

Dion Lewis out-touched Henry this week, 15-11, and Lewis seems to be the Titans back who fits the game's pace every week. Henry has failed to top 60 rushing yards this year and is a non-factor as a receiver out of the backfield. Although he is not to blame for the Titans' disappointing offense, Henry has two tough matchups against the Ravens and Chargers ahead of him before their Week 8 bye. He can be CUT in at least all 10-team leagues.

If you are hurting at the TE position -- and most people are -- ACQUIRE Brate coming off his bye week. He has proven in the past to be a TE1 with Jameis Winston at the helm. Brate scored in back-to-back weeks heading into that idle date, and with O.J. Howard expected to miss at least one more game due to a knee injury, Brate will be a focal point between the numbers for this offense, which has shown its capabilities early this season.

Olsen has said he wants to play this coming week and push his inevitable foot surgery into the offseason. Make sure to check your waiver wire for him and ACQUIRE him if he's available. Olsen is always a favorite target of Cam Newton's.

The Eagles need someone to step up in place of Jay Ajayi, who will miss the rest of the year due to a torn ACL. They have already inquired about former Eagle LeSean McCoy, but I believe the best running back on Philly's roster is Clement. He has been quiet since Week 3 because of a quad injury, but he has been practicing fully in the lead up to Thursday's showdown versus the Giants. ACQUIRE this high-upside running back who could become the Eagles' backfield leader

Further questions? Get at me on Twitter --  -- for answers, and I may feature your player on next week's Keep, Cut, Acquire.