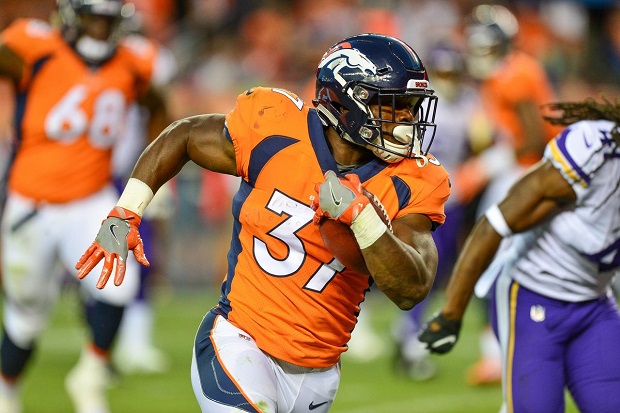 What Have We Learned Through 2 Weeks?

-- New rules affecting the passing game, such as how you can hit the QB and the new catch rule -- are leading to greater fantasy point totals from wide receivers and teams in general. In Week 1, Vegas forecasted just one game projected to have more than 50 points. Instead, six games reached that number. In Week 2, again, Vegas expected one game would hit 50 total points. In reality, seven games topped 50 last week. So now, the line-setters are starting to adjust. There are four games with a projected total of 50 or more this week: Saints-Falcons, 53; 49ers-Chiefs, 56.5; Patriots-Lions, 52.5; Steelers-Buccaneers, 54. It goes without saying that these high-scoring games mean more fantasy goodness for all fantasy owners involved.

-- We learned that the Packers really need RB Aaron Jones, who returns from suspension this week. Ty Montgomery and Jamaal Williams have been less than impressive so far, and Jones is the most explosive back on the team. If available, he is a must-add on the waiver wire.

-- There are a few NFL backfields that are very interesting despite being a full-blown committee. The Broncos' Royce Freeman and Phillip Lindsay seem to be your quintessential thunder-and-lightning duo, but I love that both players can be either thunder or lightning I see both as weekly flex plays with RB2 upside going forward. Meanwhile, Marlon Mack returned to the Colts, joining Jordan Wilkins and Nyheim Hines on the backfield depth chart. Mack was unimpressive but will stick around. Wilkins is averaging more than 4 yards per carry and has earned a share so far, and Hines is getting all of the targets out of the backfield. Hines has flex appeal as I think the Colts will have many pass-heavy game scripts.

-- Here's an interesting item: The Seahawks might move RB C.J. Prosise to wide receiver while Doug Baldwin is out. Keep an eye on this. The Seahawks' passing game is floundering without Baldwin, and remember that Prosise spent his first two seasons at Notre Dame as a wideout. He's definitely worth tracking.

-- We also learned, as much as I may not want to admit it, that kickers are people, too -- and necessary in fantasy football. Look at the upheaval the position has already experienced. Rams kicker Greg Zuerlein injured his groin while warming up Sunday. Plus, the Vikings and the Browns cut and replaced their former kicker this week.