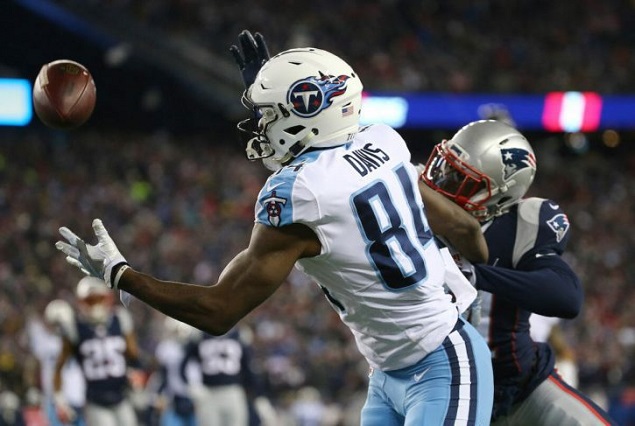 These six players probably disappointed you last year, but don't give up hope. They have the talent and opportunity to exceed their current average draft positions.

Davis was unfortunately derailed by injuries to start his rookie season. However, he did flash late in the season, posting a 6-91 line in Week 16 and then a 5-63-2 line in the divisional playoffs. The No. 5 pick of the 2017 draft, I think this will be his breakout season.

Williams also had to deal with injuries at the start last season. So far this year, he's back healthy and having a good camp. He is in a battle with Tyrell Williams to be the Chargers' No. 2 wideout, but I don't think it's essential for him to win that job in order to be fantasy relevant. At 6-foot-3 and 225 pounds, he is pretty much a wide receiver in a tight end's body. The Chargers are missing 114 targets from the tight end position, and I think Mike Williams gets a lot of those this year.

There was a lot of hype around the Raiders last year. Yet, the whole team underperformed and fizzled out. Lynch, however, was still among the top 10 running backs in missed tackles and yards after contact. In his second year back from "retirement," he is a lock to be an RB2.

Hyped up last summer after signing with Cleveland, big things were expected from Crowell at the start of 2017. Unfortunately, negative game scripts changed all that as the Browns fell behind early in many games and were forced to abandon the run. Though the Jets' situation is not ideal, it does offer what we covet in fantasy for running backs: volume. Crowell should get 230-plus touches this year, which would put him squarely in the RB2 range.

A strong preseason has Brown shooting up draft boards, so he may not be undervalued much longer. With his explosive talent, he has a good shot at being the Ravens' No. 2 WR. Given his big-play prowess, he could become Joe Flacco's No. 1. You will love the fact that his high-upside potential drowns out the need for a lot of volume.

He’s back! This one is just a hunch, but Pryor, when healthy, always seems to find a way to express his athleticism. He is on a Jets team lacking depth at the wide receiver position and could conceivably become the No. 2 wideout in Week 1.