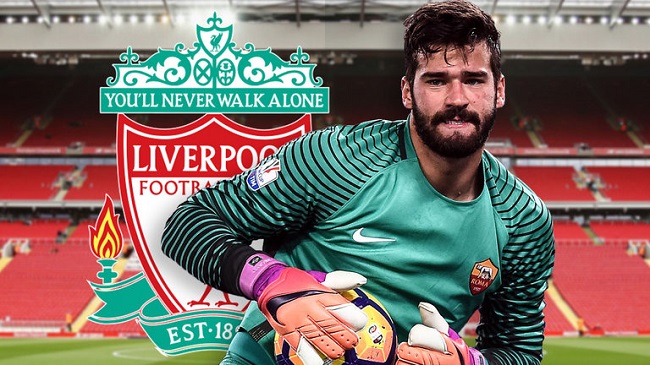 ASL's Etan Mozia breaks down the most impactful EPL transfers of the 2018 summer transfer window to date.

Following Manchester City’s dominant run to their second English Premier League title in five seasons, the rest of the league is working hard to close the gap. Let’s take a quick look at each team’s top signing to see what they could potentially do this season to help change their team’s fortunes.

Torreira’s signing suggests times are changing at Arsenal with the appointment of new manager Unai Emery. A diminutive midfielder at 5-foot-6, 132 pounds, Torreira plays much larger than his stature suggests. The Uruguayan midfielder is a powerful tackling machine and averaged 2.8 tackles, 2 interceptions and 0.5 blocks per contest last year for Sampdoria in the Serie A. Torreira is also quite mobile and will fit Arsenal’s stereotypical possession-hungry style with his 87.2 pass success rate. Similar in style to Chelsea star N’Golo Kantè, look for Torreira fill the troublesome CDM role that has plagued Arsenal for years.

Bournemouth manager Eddie Howe’s replacement for last year’s loanee signing Jack Wilshire is the 21-year-old Brooks. Standing at 5-foot-5 and 137 pounds, Brooks is the attacking midfielder brought in to add some more creativity to the Bournemouth midfield. In 30 appearances (nine starts) last season, the former Sheffield United player provided three goals and four assists. He also boasted a 79.2 pass success rate. As the former EFL Championship player will require some time to adapt to the rigors of the EPL, expect him to come off the bench early on and work his way into the lineup.

The 25-year-old Andone was brought in to be a Premier League-quality striking option for manager Chris Hughton as the Seagulls embark upon their second consecutive campaign in the EPL. Coming into the season with the goal of avoiding relegation once more, B&HA has looked to add to its attack. The former Deportivo de la Coruña center-forward boasts a 6-foot, 171-pound frame. Not particularly prolific -- as evidenced by his seven goals and three assists last season -- Andon will instead look to link up attack and hold up the ball for B&HA this season.

One half of Norwich City’s former dynamic Murphy twin duo (brother Jacob Murphy now plays for Newcastle), Josh Murphy is Cardiff’s newest speedy winger. Generally deployed on the left of a front three, Josh Murphy accounted for seven goals and three assists in the Championship last season. The 5-foot-9, 143-pound Englishman possesses some high-level skill on the ball but struggles to link up play and is not yet considered a top-class crosser. That said, with some refinement under the tutelage of manager Neil Warnock, Josh is set for a step up in quality this season. More will be expected of him.

Jorginho has been a name familiar to fans of European football for some time now. Formerly plying his trade for top Italian side Napoli in the Serie A last season, Jorginho managed two goals and four assists in 33 appearances last year. Aggressive and mobile, the 5-foot-9, 143-pound naturalized Italian also averaged 1.9 tackles and 1.5 key passes per game along with an 89.5 passing success rate. Look for Jorginho to occupy either the box-to-box or holding midfielder role in new manager Maurizio Sarri’s 4-3-3 this season. Expect quality performances from the Chelsea midfield as Kantè and Jorginho figure to make life exceedingly difficult for the opposition.

The 6-foot-2 shot-stopper formerly of Getafe in Spain logged 33 appearances last year. He averaged 2.6 saves per match and logged 12 clean sheets for the Azulones last season. He will compete for the starting spot between the sticks with Wayne Hennessey this year.

The left-sided Brazilian front man was a revelation in the 2017-18 campaign, registering five goals and four assists for Watford. Perhaps even more impressive, Richarlison started 32 of 38 matches last year as a 21-year-old and was subbed on in the other 6. The left winger is well built, standing 5-foot-9, 157 pounds and will look to reignite Everton’s attack this year following the loss of former star striker Romelu Lukaku to Man United last season. Richarlison is also equally adept at the offensive and defensive phases of the game as he averaged a surprising 1.7 tackles per match last year to go along with 1.2 dribbles. Everton has made its intentions clear with the money spent on this signing as it looks to improve upon the 44 goals scored a season ago. I see no reason why Everton manager Marco Silva will opt not to start Richarlison from day one.

Previously linked to clubs the standard of Barcelona, PSG, Arsenal and Chelsea, Seri should be considered quite the coup for newly promoted Fulham as it looks to re-establish itself in the top flight this season. Seri is a record signing and for good reason. The central midfielder excelled in a playmaking role for French club OGC Nice last year as he racked up 2.1 key passes per game with a 90.4 passing success rate. He also chipped in with two goals and five assists in the 31 games he featured in last year. Look for Seri to be tasked with pulling the strings at the heart of Fulham’s midfield this year.

Having joined the English outfit on loan from French Club A.S. Monaco in last season’s January transfer window, Kongolo impressed club manager David Wagner enough for the club’s hierarchy to make the transfer a permanent one. His statistics reveal why. Kongolo was a rock on defense for the Terriers last year, averaging 2.5 tackles, 2.5 interceptions and 2.2 won aerial duels in 13 appearances last season. He’ll look to continue his spectacular form as Huddersfield’s starting left centerback this year. The 6-foot-2, 154=pound Dutch player will be a large part of why Wagner’s club stays up again in 2018.

At a fee of just over $4.5 million, Leicester City effectively stole Evans from West Bromwich Albion. As his contract was nearing its end, WBA was forced into this sale. Evans caught the attention of top six clubs like Man United and Arsenal in the last 18 months and rightly so. Standing at 6-foot-2 and 170 pounds, the experienced centerback marshaled the Baggies' defense last year and averaged 1 tackle and 1.7 interceptions per 90 minutes played. He also registered 1.9 aerial duels won per match and helped lead the club to 10 clean sheets over this past season. Look for him to assume a starting role in Leicester’s defense this year.

With the signing of Alisson from Italian club Roma, Liverpool broke the previous world-record transfer fee for a goalkeeper by a significant margin. Manager Jürgen Klopp and Liverpool’s transfer team really had no choice. With the dreadful performances of incumbent goalkeepers Loris Karius and Simon Mingolet, Liverpool never really stood a chance of challenging the Manchester clubs for top honors in 2017-18. The Alisson capture will look to change that. Last year in the Serie A, Alisson averaged 2.9 saves per game en route to 18 clean sheets Along with recently acquired CB Virgil Van Dijk, the 6-foot-3, 200-pound keeper will be part of a new, more defensively balanced Liverpool squad this year.

A signing we all felt was an inevitability, Mahrez will add to City manager Pep Guardiola’s embarrassment of riches in attack. As a former PFA Players' Player of the Year recipient, Mahrez continued his fine form into last season, registering 12 goals and 10 assists for former club Leicester City. The tricky winger also managed 1.6 key passes per game with a 79.6 passing success rate and 2.3 dribbles in 36 appearances last season. Mahrez will compete with Leroy Sane and Raheem Sterling for a starting berth this season. Whether he starts or assumes a super-sub role this year, expect his impact to be a sizeable one.

Fred joins manager José Mourinho’s Red Devil squad and qualifies as what would be expected from a typical Mourinho signing. Capable in both defense and attack, Fred averaged 2.9 tackles, 1.1 interceptions, and 1.1 key passes per game in his Champions League matches last year. He also chipped in with a goal and an assist in eight appearances for Shakhtar Donetsk last year. With an 85.9 passing success rate, it is expected that Fred will slot in with World Cup winner CM Paul Pogba in the center of United’s midfield next year. As an attacking player that doesn’t mind the defensive side of the game as well, the 5-foot-5, 141-pound Fred fits Mourinho’s M.O. and should see ample playing time in the 2018-19 season.

Schär’s signing comes with plenty of intrigue as the Swiss centerback had previously been on the radar of some of Europe’s biggest teams not too long ago. Plying his trade for Deportivo La Coruña last season, Schär gave a decent account of himself by registering 2.4 tackles and 1.8 interceptions per game. He also was relatively comfortable on the ball as evidenced by his 80.2 passing success rate. Schär is an imposing figure at 6-foot-2, 185 pounds and will look to use his size to full effect, marshaling the elite Premier League forwards he will face this season.

The 5-foot-8, 154-pound winger is the man chosen to be Dušan Tadić’s replacement at St. Mary’s Stadium after his sale to Ajax earlier this summer. A speedy winger with a decent amount of flair, Elyounoussi made eight appearances in FC Basel’s UCL campaign last term. In that time, Mohamed was responsible for two goals and one assist along with 2.1 successful dribbles per game. He also had a 71.6 passing success rate. Look for manager Mark Hughes to utilize his new weapon early and often in his bid to get Southampton back into the top half this year.

Previously hailed as Barcelona’s next world-beating academy graduate, Deulofeu hasn’t yet reached the levels many opined he could. That said, he still possesses many of the same qualities that had him rated so highly by the Barcelona staff as a teen. A wizard-like dribbler of the ball, the Spaniard averaged 1.6 key passes and 2.4 dribbles per game while on loan at Watford last season. He also checked in with a successful pass rate of 74.6. Obviously considered good enough to make the loan a permanent move, Deulofeu will be tasked with replacing Richarlison’s production this season and looks poised to do just that. At 5-foot-8, 160 pounds, the 24-year-old still has some time left to max out his potential.

Just a season ago, Anderson was Manchester United’s No. 1 transfer target. This season, he will become one of West Ham’s main attacking threats. Primarily deployed on the right side of a front three, Anderson boasts an astounding work rate as a do-everything former member of Lazio’s elite side last season. His numbers were eye-catching. Defensively, the Brazilian winger accounted for 1.6 tackles and 1.4 dribbles per game. On the other side of the ball, Anderson tallied 1.8 key passes and 3.7 successful dribbles per match. In just 21 appearances, the 5-foot-7, 154-pound Anderson scored four goals and added another seven assists. He will be seen on the right midfield side of manager Manuel Pellegrini’s probable 4-2-2-2 this season.

Super agent Jorge Mendes’ presence has been felt at Wolverhampton in the last couple seasons as the side boasts as many Portuguese players as FC Porto. However, don’t assume that the quality of these transfers is lacking. The 6-foot-2, 185-pound former Sporting CP shot-stopper is an experienced addition to a club seemingly intent on raising its ambitions this season. Just last year, Patrício made 34 appearances and averaged 2.4 saves per game. He was also responsible for 16 clean sheets. Expect him to start the year between the sticks for manager Nuno Espírito Santo’s Wolves.