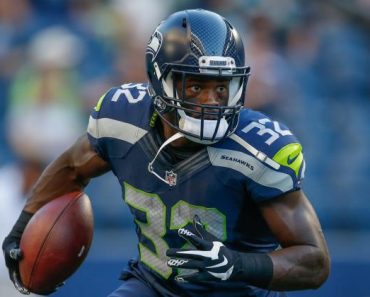 This is the latest in a series of articles related to trading in your fantasy football league. Don't forget to check out our piece on wide receivers to sell and an article on buy-low running backs from Oct. 12. Today, let's look at three running backs you should be looking to unload.

Since Week 3, Michael has been a top-10 fantasy back and has averaged more than 20 touches per game. However, Michael's use and production seem likely to take a tumble within the next few weeks. That's when Thomas Rawls is currently on track to return from the ankle injury that has sidelined him since mid-September. I believe Michael is the better player, but a timeshare seems probable, especially after Michael, who had never handled more than 54 carries in a season until 2016, has struggled in recent contests. Although he averaged just 3.09 yards per carry against the tough run defenses of the Cardinals and Jets, he wasn't much better against the Falcons' much less intimidating run D (3.55 YPC). Even if Michael remains the starter for the rest of the year, the Seahawks should look to spell him more often so as to keep him fresh. That will obviously knock his fantasy stock. Wait until after Week 8 as Michael should put up a fat box score in New Orleans and then sell him as a solid RB1. That won't be the case once Rawls gets back on the field.

An honorary mention goes to the Falcons' Tevin Coleman, who is currently the No. 7 RB in standard formats despite touching the ball only 78 times. Such a lofty ranking seems entirely unsustainable, but a hamstring injury that already has Coleman's Week 8 status in serious doubt should put all trade discussions on hold because you probably won't get the return you should for him. So as a replacement, I've chosen Blount, who is right in front of Coleman at No. 6. He has already set a career high this season with eight touchdowns and is coming off a 124-yard, two-score effort. Yet, big yardage totals have rarely been in the cards during Blount's tenure with the Patriots. Actually, Sunday marked just the second time in 20 games with Tom Brady under center that Blount reached 100 rushing yards. He combined for just 141 ground yards from Weeks 4-6 with Brady before his Week 7 explosion. He has largely been a TD-dependent player with the Pats and that should be the case for the majority of this season. That means he is destined to fall outside of the RB1 range soon.

Too obvious? Well, why not? When you rip off back-to-back 200-yard games and thereby join a group consisting of O.J. Simpson, Earl Campbell and Ricky Williams, people notice. And fantasy owners overpay. Ajayi should be the Dolphins' no-doubt starter for the rest of the season, but you would be doing your team a disservice if you didn't at least look to see what his recent domination could fetch on the open market. I'm not saying you must sell off Ajayi; just survey if someone will give you an already-established stud for him. Ask for more than you deserve. Understand that given Ajayi's recent stats, you hold the power in trade talks. Ajayi has nowhere to go but down from here. I know I said that prior to Week 7 and was essentially wrong, but c'mon -- he just can't keep this up.