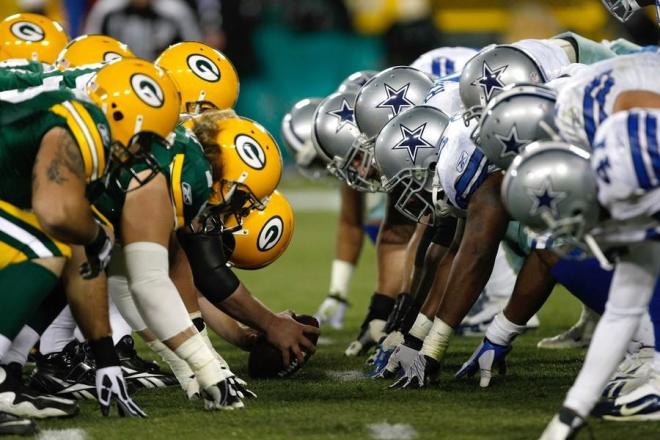 Can the Packers Make the Playoffs?

A seemingly improbable 31-28 win over the Dallas Cowboys in Week 10 showed that the Green Bay Packers aren’t dead quite yet. Question is, can the Packers build off it and make a run for the playoffs?

Says here, they can, for three (OK, maybe four) reasons.

Reason #1
: The Packers’ offensive line got two of its key members back last week: guard David Bakhtiari and center Josh Meyers who returned from knee injuries.

This is a huge development in two respects. For starters, having two proven starters back in the lineup improved pass protection and gave beleaguered quarterback Aaron Rodgers more time to sit back in the pocket to find receivers. Not only that, but Bakhtiari and Meyers also played a central role in the Packers’ running game, opening holes for Aaron Jones.

In turn, the dominant ground game opened up the passing game for Rodgers. He took advantage of it, connecting for three TD’s with rookie wideout Christian Watson.

At long last, he’s making good on his sky-high potential, using his speed and deft route running abilities to gain separation from DB’s. Most importantly, he’s also catching the ball when it’s thrown to him – something that didn’t necessarily happen earlier in the season.

At the same time, other receivers – principally Alan Lazard – also contributed. This was another by-product of the extra time that Rodgers had in the pocket: the ability to find secondary targets.

Combine a resurgent ground game with a more productive passing attack, and you now have an offense that can possess the ball and keep other teams’ potent offenses off the field.

Reason #3: The Packers defense played better as a unit against Dallas.

If this trend – defense by committee, which is a necessity in the face of a unit depleted by injuries – continues, the Packers will be more like the balanced team that dominated over the past two seasons rather than the disjointed squad that staggered to a 3-6 record prior to beating the Cowboys.

Reason #4: One final factor that could propel the Pack into the playoffs - Aaron Rodgers

If anything, the game against Dallas shows that he can still make key throws when it matters. In short, he looked like the Rodgers of Old, not Old Man Rodgers.

It’s now up to AR12 and his mates to use the momentum they gained against Dallas to generate a spirited playoff run.