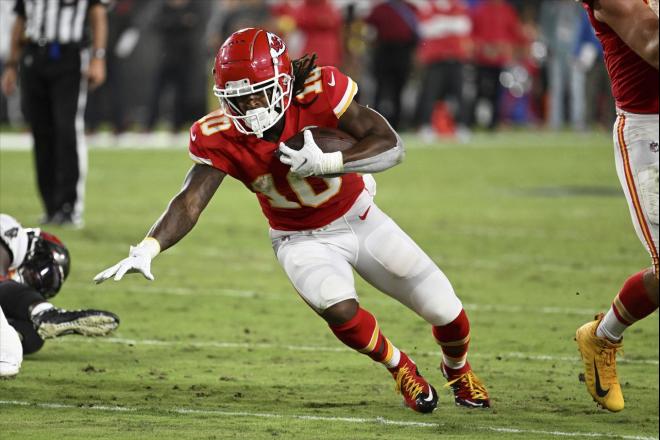 I don’t know what’s more ridiculous, the Giants and Jets being two of the best teams in football, or the fact that it’s already Week 11. It seems like just yesterday the leaves were falling and football was just starting. Now, it’s past mid-season and majority of us are stressing. Well I’m here to help bring that stress down just a little bit as we set your lineup with these starts and sits.

Danny dimes had another solid game while still throwing for under 200 yards against the Texans last week. On the year, Jones is only averaging 177 yards through the air. That might sound alarming but he still belongs in your lineup this week. The Giants offense has been extremely efficient this season and Jones has 11 TDs to only 2 Ints on the year. He also has more rushing yards on the year than James Conner and Antonio Gibson. Take all that and add in the fact that he plays the Lions this week who have allowed the most points to QBs this season. DJ is a must start anyway you look at it.

Rookie running back Pacheco took over starting RB duties Week 7 and is now coming off his best performance with 16 carries for 82 yards. He is the clear RB1 in one of the leagues best offenses. He is now matched up against the Chargers who have allowed a league high 5.4 yards per carry along with over 1,300 yards on the ground and 11 TDs this season. It seems like everything is clicking for the Chiefs offense and I wouldn’t be surprised if they emphasize the ground game against a poor rushing defense. Pacheco should be in your lineup this week

Cooks came into the season looking like a great WR2 in your lineup, but the Texans being the Texans, haven't really gotten it going in the passing department. That changes this week as he definitely belongs in your lineup against the Commanders. The Commanders secondary is poor to say the least. They have allowed 16 TDs through the air and pair that with only 3 Int. Cooks has been underwhelming, but he’s had at least 6 targets in every game this season. With his involvement in the offense going up against a poor defense this is the week to play Cooks.

Yes it’s been an extremely rough year for the young talented TE. The reason he’s on the must start list is because people are benching him. He still belongs in your lineup and here’s why. The TE position is a dumpster fire. Taysom Hill has 3 catches on the year and is a top 10 TE this season. Bottom line is you have to chase the volume when it comes to TEs and that’s what Pitts has. He’s lead his team in targets for multiple weeks in a row and has 24 over the last 3 games. The 2 catch games are rough but he’s still a must start TE due to his volume and talent. He belongs in your lineup.

Some might be hesitant to start a defense heading into Lambo field, but it’s a smart play this week. The Titans defense has allowed just 50 points combined over the last 4 games and they played the Chiefs during that span. During those 4 games they racked up 6 takeaways and 16 sacks. The Packers are coming off a solid week where Aaron Rodgers threw for 3 TDs, but that’s the first time he’s done that all season. The Packers look to have a little momentum but the Titans have played great against much better offenses. Play them at Lambo Field this Thursday.

After talking about the Titans defense, I convinced myself to put Rodgers on this list. Yes, Rodgers is coming off his best performance of the year but that performance still only got him 18 fantasy points. He’s now playing a defense who has been wreaking havoc with 10 sacks and 2 Ints in the last 2 games. Rodgers might have looked good last game,  but with still zero 300 yard games on the season and 5 turnovers in his last 3 games his ceiling is too low to start in your lineup. Keep him on the sidelines.

Conner is coming of his best game of the year after scoring 2 TDs against the Rams. Now send him right back to the bench. I know you might not want to hear that but he’s playing the 49ers this week. San Francisco has allowed a league low 3.4 yards per carry and just 744 rushing yards on the season. They are the best run defense in the league by any measure. James Conner does look to be the clear RB1 again in Arizona but don’t get disappointed with him in your lineup this week.

Some people still have Pittman in their lineups hoping he gets it together. He might get it together but it won’t be this week against the Eagles. For the 3rd time in four weeks Pittman had 9 targets and even with Matt Ryan back in the lineup, he couldn’t do much with it. Through his last four games he’s averaging just 46.5 yards per game. With the yards not piling up, and only scoring 1 TD all season, Pittman is a risk in any format and even more so against the Eagles who have allowed the 10th fewest points to WR this season.

Earlier I mentioned Hill being a top 10 TE this season. He’s ranked that high while having zero points on the last two weeks. He’s had his big games this season but he’s only got 3 catches all year. The TE position is the worst in fantasy but don’t make it worse by putting in a hail-Mary play with Hill. Even though his rankings are high there are plenty TEs that should be in your lineup instead of Hill.

The Giants are one of the biggest surprises of the season and have been playing well all around. They will be at the top of rankings this week but you shouldn't put them there. The Lions are top 12 in almost every offensive statistical category such as points scored, passing yards, passing TDs, rushing yards and total yards. Detroits defense is bad but the offense is a legit top offense in the league. The Lions and Giants could be a shootout and you don’t want that in your lineup.