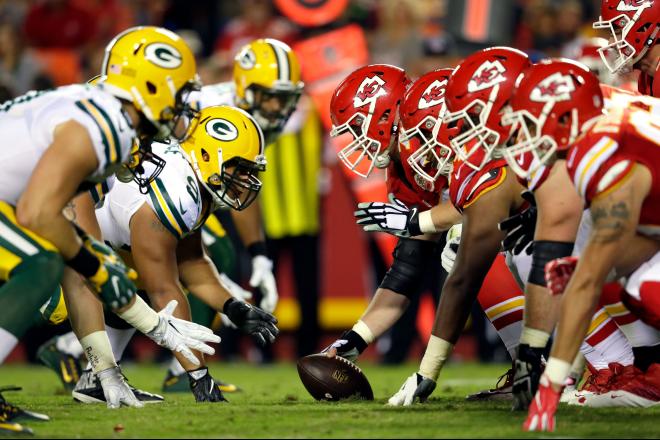 My, how things can change in the span of a few short weeks.

First, let's take a look at the AFC.

Just a few weeks ago, the New England Patriots were looking good after winning seven straight, now they're on a two-game slide.

Then there's the Kansas City Chiefs, who were gaining momentum. They've maintained that momentum, winning three more games to climb to 11-4 and claim top spot in the AFC West after a mediocre start to the season.

Meanwhile, the Tennessee Titans are holding on to the division lead in the AFC by one game over the hard-charging Indianapolis Colts.

Back in the AFC East, the Buffalo Bills have seemingly come back from the dead to tie the Patriots for the division lead at 9-6.

And the Cincinnati Bengals have overtaken the Baltimore Ravens to assume top spot in the AFC North at 9-6.

Last, but not least, the Miami Dolphins - who've won seven straight - are in the picture not just to make the playoffs, but to possibly win the AFC East.

Right now, the Chiefs - who once again look to be themselves - appear to be the team to beat with Patrick Mahomes firing missiles at will and their defense peaking at just the right time. The young Bengals could be a darkhorse.

Now to the NFC, where things have gone from relatively boring to very interesting.

The Green Bay Packers - who are on a four game winning streak - continue to roll along in the NFC North, having clinched the division title a while back.

Dallas, at 11-4, is clearly the class of the NFC East, while Tampa Bay is the best team in the NFC South with the ageless Tom Brady leading the way.

In something of a surprise, the L.A. Rams have taken over top billing in the NFC West at 11-4, one game up on the fading Arizona Cardinals.

At this point, the Packers look to be the favorites, for three reasons: their consistency, and (of course) Aaron Rodgers, who's having another MVP-type season.

The third reason? Well, the Cardinals are leaking oil big time with problems on both offense and defense. Suffice it to say, they may not be the team we thought they were.

Oddly enough, the same sentiment may apply to the Cowboys. With a dynamic offense and defense led by Micah Parsons, the 'Boys' look to be real.

However, the same can't be said of Tampa Bay. With injuries to WR Chris Godwin (season-ending) and RB Leonard Fournette, the Bucs offense is in tatters. Yes, their defense is good, but not as good as last year. They will be challenged to repeat due to those issues.

Finally, there's the Rams. Much like the Cardinals, they're a finesse team - perhaps good during the regular season, but not robust enough to win in the no-holds-barred playoffs.

Where does this leave us?

Looking at a Packers-Chiefs Super Bowl, that's where.

That said, things are pretty wide open. Teams will get hot, teams will fade or suffer key injuries down the stretch.

But the Chiefs have Mahomes and the Packers have Rodgers.

If they play well - and AR12 can continue to nurse his broken toe through the rest of the regular season into the playoffs - then they could be the difference makers in leading their respective teams to the Super Bowl come February.

After all, that's what great quarterbacks do.