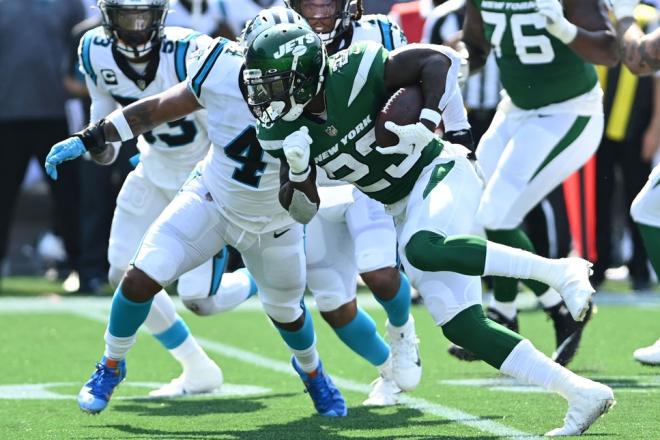 This is has been an absolutely brutal year on point spreads, covers or even just betting on the money line. It seems that on a week-to-week basis, you can’t trust any team. This week the Bengals won by 19 and the Cowboys only scored 9 points against a poor defense after dropping a 40 bomb last week. The Bills scored 15 after scoring 45 the week before, and two of the Titans three losses are to the Jets and Texans. I could continue, but I think you get the point. We are coming into Week 12 and there isn’t anything close to a Super Bowl favorite.

Glady, the injuries have been less brutal than betting on games. Let me run you through the few we had this week.

I’ve started most of my articles this season talking about how light the injury’s have been this season overall. Well don’t tell the Titans that. After losing the best RB in the league a few weeks ago, I talked about AJ Brown being their best player on the team and now he’s banged up too. This team just does not look the same and now it seems like it’s only getting worse. If you really are needing a flex this week, Westbrook-Ikhine could be a solid option if Brown sits. He finished the game with 8 targets which is tied for his season high, which happened against the Jets Week 4 when Brown sat out. So if Brown sits, his target share looks to be large. The Titans are also searching for a running back but they might have found their receiving back in Hilliard who lead the team with 10 targets. He could be a sneaky stash player as he could see even more playing down the stretch if he continues to meaningfully contribute.

Michael Carter has been one of the very few bright spots for the Jets this year. He’s been pretty reliable for weeks now. But this is the Jets we are talking about, and they can never catch a break. Carter will miss at minimum the next two weeks. This leaves Tevin Coleman and Ty Johnson to carry the entire load. Neither of them have provided much off the bench this year but I’m leaning heavily toward Coleman as the better pickup during Carter's absence. Coleman is second on the team in carries and has a much better career track record as he was a solid 3rd down back for the Falcons for 4 years. Look for him to take advantage of this opportunity and try to extend his career. He’s a solid flex with upside against the Texans next week.

The Cowboys look to be down yet another weapon on offense after a dismal showing against the Chiefs. Ceedee Lamb left the game with a concussion and with the Cowboys playing on Thanksgiving just a few days away, there is a good chance he will be out. With Amari Cooper out with Covid, Michael Gallup is a must start against the Raiders. He lead the team with 10 targets this past week and with a terrible offensive showing this past week, the Cowboys will start with the pedal down. Zeke left the game with a knee injury but was able to return. It’s looking good for him to start this week but his load might be limited. Keep an eye on his practicing this week and if the knee worsens just like Gallup, Tony Pollard becomes a must start.