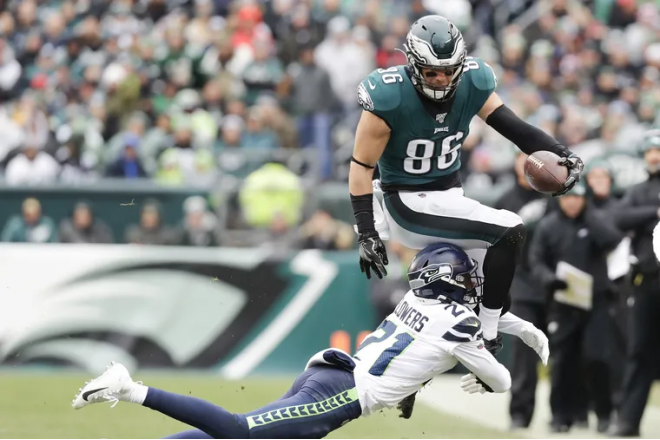 It’s Bye-pocalypse! For a lot of fantasy managers, this week is one of the most challenging. Battling the seemingly endless list of top talent sitting on your bench is no easy task. Now, some managers are reading this on the other end of the spectrum; few players on bye while their opponent is in shambles, scraping the bottom of the waiver wire barrel for startable players. Well, rejoice. You are among the few.

Let’s get into our Bye-pocalypse Starts and Sits for Week 7.

The eighth best matchup for opposing quarterbacks, Matt Ryan walks out of his bye into a great streaming matchup. He also gets Calvin Ridley back, so that’s a nice touch. With his full arsenal of weapons and a bad Miami defense allowing the third most passing yards and allowing 21 points a game to the position, Ryan is a fine streamer you can use to replace players like Dak Prescott or Justin Herbert.

Another high-powered offense means more playing from behind for Washington. I highlighted it last week when discussing Antonio Gibson as my sit, and the argument is the same here. When this team gets down, McKissic finds himself on the field more often than not. Plus, Gibson has been nursing a shin and now calf injury, putting his week in doubt. If Gibson is out, McKissic is a strong RB2 being that his rushing volume would increase significantly. If Gibson is playing, McKissic is still an RB2 due to passing down work and the game script that ensues.

Shepard is back and seeing his normal double digit target volume. That’s one reason why he is on here. Reason two being, Toney, Barkley and Golladay will be out. Meanwhile, Slayton is still dealing with a hamstring injury and is questionable to play. So, the list of people Daniel Jones will get to throw to is Sterling Shepard, Sterling Shepard, and Sterling Shepard… and maybe a little Devontae Booker and Evan Engram. Sheer volume, a not-so-terrifying matchup and talent gives Shepard the ability to be a great play this week.

It’s weird to see his name not associated with the Eagles, but here we are. Even crazier is that in his first week with a new team he finds himself on this list. Look, the Cardinals went after Ertz immediately after Maxx Williams went down with a season-ending injury. And news from the team says they want to get him involved early. Well, what a time to do it against the Texans, who have allowed the second-most points to opposing fantasy tight ends, and is tied for first in touchdowns allowed to the position. Ertz may find himself in the endzone in his first career start with the Cardinals… I can see the headlines now.

Cleveland shouldn’t scare you right now. No Baker, no Chubb, no Hunt, no problem. So, the Browns will be heading into this matchup with Case Keenum behind center, throwing to an injured Odell Beckham Jr. Add in that Thursday night games are historically low scoring, and the Broncos defense will be a fine play.

Wentz had a full arsenal of weapons last week, and he was looking great. Then T.Y. Hilton got hurt… again, and Parris Campbell has been put on IR. Wentz is now back to a more depleted receiving core and gets to travel to San Francisco to play fresh off their bye and good defense that sports one of the highest pressure rates in the NFL. Plus, this team is fine with running through Jonathan Taylor. There are better options at QB this week.

Alex Collins, Seattle Seahawks (vs. NO)

I call these players, “The Backups”. I couldn’t pick one of them, so I’m going with all of them. The Bears running backs face the toughest RB defense in the NFL and will be sharing carries… so no thank you.

Alex Collins is a little banged up and now Rashaad Penny will be back, taking a healthy amount of carries away. The Saints have also allowed the eight-fewest points to opposing running backs. Avoid this backfield.

D’Ernest Johnson will face a stacked box against a defense allowing the tenth fewest rushing yards to opposing running backs in what should be a low scoring affair. He will also lose passing down work to Felton.

This is purely based off speculation… but I think Arizona will get ahead early in this game and nurse a lead throughout the entire second half. I know, crazy to speculate such a thing. This projects to be a James Conner game more than anything else. Still, with an expected low volume total, Green could see himself in the endzone. But, that’s not something I would count on.

Gronk has been awesome so far this year, so it might feel nice to have him back this week (presumably). But, Gronk will be on a snap count and will most likely be used as a decoy during what most are projecting to be a blow out. The Bears also sport one of the best defenses when facing opposing fantasy tight ends. If Gronk plays, he’s best to be avoided.

As stated before, this isn’t the same defense we saw last year. Passing, rushing, you name it, and the Dolphins defense is most likely near the bottom. Facing an Atlanta offense with all its weapons and fresh off a bye, I wouldn’t mess around with this defense in Week7.