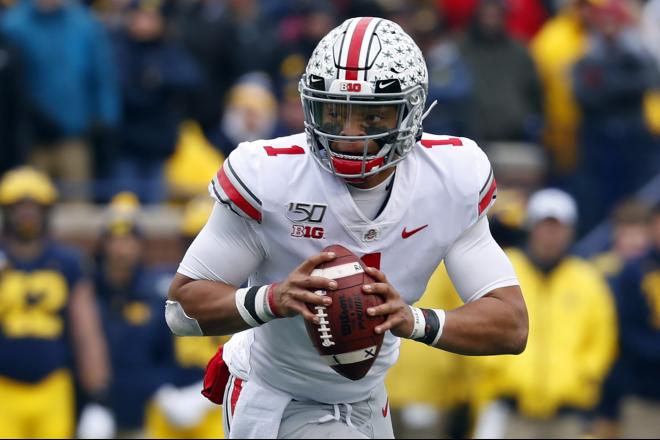 Let's see - the San Francisco 49ers will now be picking from the number three spot in the upcoming NFL Draft.

Suffice it to say, trying to follow quarterback movement in the NFL over the past month or so has been enough to make your head spin at an incredibly fast, and disorienting, rate.

As if there haven't been enough dramatics, there are more to come in the next three weeks in the run-up to the Draft.

Which is to say, four quarterbacks could be chosen with the first four picks - an unprecedented development, should it occur.

Right now, we know that Clemson's Trevor Lawrence is a lock at number one; he is destined to become a Jacksonville Jaguar. Meanwhile, all indications are that the New York Jets will select BYU's Zach Wilson with the number two pick after parting ways with Darnold.

Then, there's the 49ers, who moved up to number three in the first round by swapping their number 12 pick with Miami, and throwing in two draft picks (first rounders in 2022 and 2023).

The question is, who will they take from the third slot - Justin Fields, or Mac Jones?

No one is quite sure at this point in time. GM John Lynch and head coach Kyle Shanahan attended Jones' pro day in Alabama, missing Fields pro day. Now, Fields has announced he's going to have another one on April 14 - which will be attended by Lynch and Shanahan.

Only one thing is for certain - the 49ers will be selecting a quarterback - we just don't know if it will be Fields or Jones.

Next, we head down to the fourth overall pick, which is held by the Atlanta Falcons.

Here's what we know: Atlanta's long-time signal caller, Matt Ryan, will be turning 36. And while he's clearly still capable, he's aging. Thus, it would make sense for the Falcons to choose a quarterback.

Rumors are they're high on North Dakota State's Trey Lance, a raw but promising talent who could serve as an understudy under Ryan for a year or two. Here's the twist, though: either Jones or Fields will still be on the board after the 49ers pick.

Who then, do the Falcons pick, with a choice of either Jones or Fields, and Lance?

Say San Fran picks Jones (which is the rumor), and the Falcons take Lance (again the rumor). That means Fields will still be available.

With the teams at picks five through eight (Bengals, Dolphins, Lions, Panthers) already set at quarterback, that leaves the Denver Broncos, who aren't sold on their current starter, Drew Lock. Hence, Justin Fields could be wearing Broncos orange when training camp breaks in the fall.

Not to be forgotten is Florida's Kyle Trask, who could ultimately land in New England, who will be picking from the 15th slot.

Could Bridgewater go back to New Orleans, or be snapped up by the Patriots? Will Russ choose to cook elsewhere if the Seahawks don't draft well?

And if the Packers do another miserable job of drafting offensive talent, will Rodgers demand a trade to a franchise that will surround him with more weapons to find out how Tom Brady felt in Tampa Bay?

The bottom line is that as interesting as all the developments at the quarterback position have been, there are plenty more moves to come.

Fasten your seatbelts. We're in for a whole lot more fun in the coming weeks - and for an incredibly interesting 2021 season.