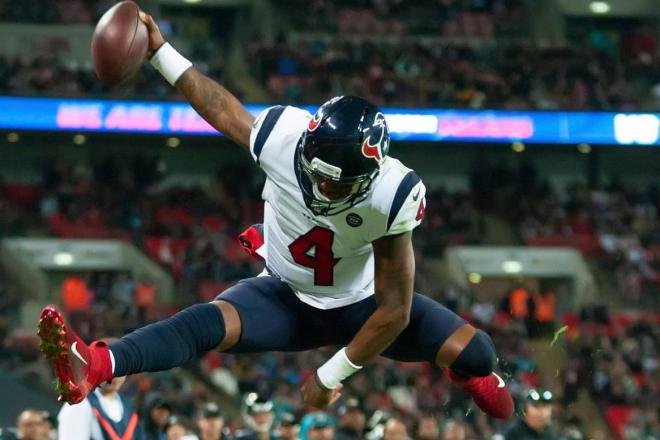 As much movement as we've already seen with NFL rosters already, there's more to come.

Much more, in fact.

Moreover, player movement from one team or another - or lack of it - will inevitably impact how teams fare during the 2021 season.

The die has already been cast for the beleaguered Texans.

Star QB Deshaun Watson will also leave via trade or sit out the season if the Texans don't accommodate his trade request. In short, Houston is a wreck of a franchise. They will be lucky to win two games in 2021 and will continue to have difficulty retaining players due a poor team culture.

If things don't go well with Aaron Rodgers in the next little while, the Packers may be forced to start the Jordan Love era at quarterback sooner than expected.

It's likely that Rodgers is looking for management to make some moves to appease him, such as drafting or trading for another established wide receiver, or getting an offensive lineman via trade to bolster the Pack's o-line.

Should he decide to do a Tom Brady and seek greener pastures elsewhere, Green Bay will be hard-pressed to hit the .500 mark in 2021.

While star QB Drew Brees hasn't retired yet, it's just a matter of time before he makes it official.

Once that happens, the Saints will be in an interesting situation. Do they take a chance on the erratic Jameis Winston at quarterback? Will they choose the safe, serviceable option of having Taysom Hill under center? Or will they trade for a veteran signal caller?

Granted, the Saints have an elite-level defense. But if they lack production and stability at quarterback, they won't be the same juggernaut they were in 2021.

Now that Washington has moved on from Alex Smith, they have little to no experience at the quarterback position.

Should they fail to bring in a proven starter, they will be caught in a catch-22 situation: great defense, mediocre-to-lousy offense.

If that comes to pass, they will struggle to win eight or nine games in the coming season, as a great defense can't mask offensive deficiencies.

Clearly, the Jags are hoping that Trevor Lawrence will do for their organization what Justin Herbert did for the Los Angeles Chargers.

Although Herbert's fine play didn't immediately translate into wins, the Chargers were exciting and competitive. They're positioned as a team of the future.

Management and fans in Jacksonville can only hope Lawrence will have a similar effect on their team; the good news is it's likely he will.

Now that the Dak Prescott saga is over, the 'Boys can now focus on fixing their defense.

If they can add some pieces to stabilize it - and Prescott comes back 100 per cent from his devastating leg injury - the Cowboys will be in business.

With a productive offense (it wasn't the problem in 2020) and improved defense, Dallas could well win the wide-open NFC East.

Things are looking up in Patriot Land.

Several defensive starters will be returning in 2021, and, most importantly, Bill Belichick and Co. will have a better quarterback at the controls.

Surely, Belichick will sign a proven quarterback in the wake of the failed Cam Newton Experiment. With a good running game and the emergence/addition of a wide receiver or two, the Pats figure to be highly competitive.

Even though the 49ers were decimated by injuries in 2020, they were still competitive.

With a healthy defense and proven starter at quarterback - bank on San Fran replacing Jimmy Garoppolo with a pivot that has a higher performance ceiling - the 49ers will once again be a force in the NFC West.

Clearly, the balance of power is changing in the NFL. That will not only influence the standings, but will also influence the composition of fantasy draft rosters.

More than ever, it will be critically important to judge which players have a chance to be a force after changing teams.

And there will be change, guaranteed, especially at the quarterback position, which - admit it or not - has the biggest influence on how a team fares on a year-in, year-out basis.