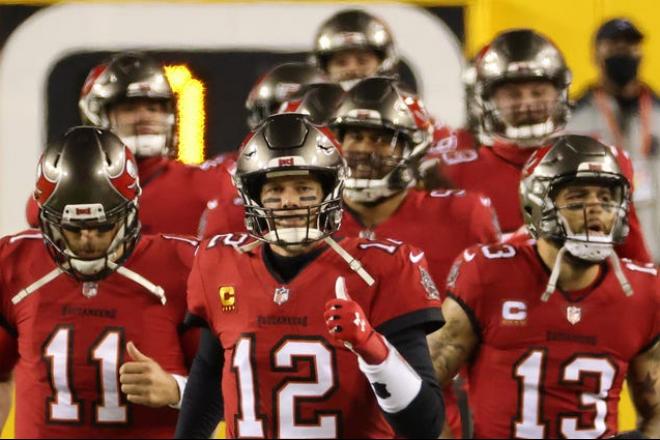 Here's the thing about the Kansas City Chiefs.

Opposing teams know what they have to do to beat them. But all that game-planning flies out the window the moment hostilities begin on the field.

The ball is snapped, then all those weapons - Tyreek Hill, Mecole Hardman, Travis Kelce, Clyde Edward-Helaire - go in motion, most of them at warp speed. When that happens, it's all too easy for defenders' brains to vapor lock. Who to cover? How do we keep up?

Then, Patrick Mahomes engineers a quick TD drive in five plays (or less).

Down by seven and only five minutes into the game, you begin to panic. Then, after you receive the kick-off and take over at your 25 yard line, KC's supposedly mediocre defense (they're anything but that in a big-game setting) forces a quick three-and-out.

You punt, and the next thing you know, Mahomes and his wealth of weapons take over on their 40-yard line. If your defense doesn't hold, you're down by 10 to 14 points before the halfway point of the first quarter.

And so the nightmare goes. Cue the Mission Impossible theme. This is your mission, Tom, if you should choose to accept it.

In this case, Tom Brady and the Bucs must accept the mission. And admit it or not, they will have to play the game of their lives to beat the Chiefs.

What will they have to do to realize that difficult (and seemingly near-impossible) achievement?

Simple (or so it would seem). First they must possess the ball for long stretches of time on offense to wind the clock down and limit the number of possessions that KC's powerful offense gets.

Second, their defense must be on fire.

In particular, the likes of Jason Pierre-Paul, Shaq Barrett, Ndamukong Suh, Devin White and Lavonte David must hit, hurry and harass Mahomes relentlessly. At the same time, they must also contain him to ensure he doesn't snap off one of his patented 20 to 30-yard scrambles.

Granted, it's a tall order, but the Bucs' defense can do it.

If they can make life uncomfortable for Mahomes, it may cause him to make some errant throws.

In turn, DB's Antoine Winfield Jr. - he'll return to the Bucs' defensive backfield after missing the NFC Championship game vs. the Packers - and Sean Murphy-Bunting might be able to step in front of one of those off-target heaves to make a game-changing pick.

That said, Mahomes will have his full offensive arsenal at his disposal on Super Bowl Sunday with the return of versatile RB LeVeon Bell and reliable WR Sammy Watkins. That's bad news if your are routing for the Bucs. With his full complement of weapons at his fingertips, Mahomes - fueled by Andy Reid's imaginative play calling - could be at his creative best.

All this brings us to the biggest intangible that will be in play when the Chiefs and Buccaneers take the field at Raymond James Stadium: Tom Brady.

TB12 has his teammates believing in themselves, and belief is a dangerous thing.

If the Bucs can stay within a touchdown come the late stages of the fourth quarter - and Brady gets the ball with time to engineer one of his patented game-winning drives - Brady and Co. may - against all odds - lift the Vince Lombardi Trophy once all is said and done.

While it will take a monumental effort (and some good breaks), it's Mission Possible. Should the Bucs author the upset, Brady will add yet another luminous footnote to his already-incredible legacy.