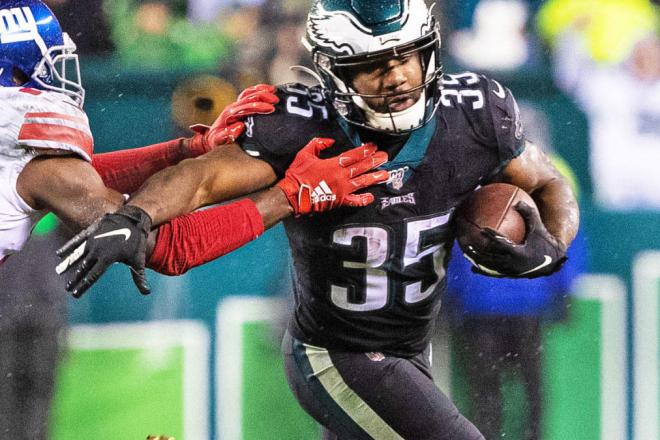 I can’t believe we are already in Week 7. We are entering the heart of the season, where the men are separated from the boys in fantasy. It’s early enough where it doesn’t matter what your record is right now, well for some, because this is the time for a hot streak!

With the gruesome injury Dak Prescott suffered last week and the countless other superstar players to go down to injury this year, we have a pretty light week on injury. Other than the fact that COVID keeps popping up around the league, there is part of me that wants the NFL to take a 2-week break to extend the season. I mean who doesn’t want to see the football year extended? Anyways, let me help you sort through some injuries and find some possible roster additions and weekly streamers heading into Week 7.

Just to start off, man is the NFC East bad. The Eagles were supposed to be great this year, but after an injury plagued season in 2019, the Eagles find themselves in a similar position in 2020. Top talents Miles Sanders and Zach Ertz both suffered some serious injuries this week in their loss against the Ravens. Ertz suffered a high ankle sprain and will be out about a month. Sanders will miss next week’s game with a knee injury, but the severity is still unknown. The offense as a whole is struggling already, and Wentz doesn’t look like his normal self, so losing these two will prove to be detrimental. That being said, the Eagles are home against the Giants and Cowboys in the next two weeks. If you need a streamer at running back, I would give Boston Scott a shot in your flex as he is similar to Miles Sanders regarding his multipurpose skillset, an elusive runner with pass catching ability out of the backfield. Scott should see the majority of carries and will be a fine play this Thursday. Another person who benefits from this is Fulgham. The last three weeks he has totaled 284 yards and 3 touchdowns and with Wentz’s go-to man down, Fulgham is a must start with both Sanders and Ertz missing time.

Mostert has shown he is the most talented back on this team, showing he is a true RB1 for fantasy. But he can’t stay healthy as he’s in danger of missing his third game of the season next week. McKinnon is the immediate play when Mostert goes down, that’s why he’s already owned in majority of leagues. He is a solid flex next week against the Patriots if Mostert is sidelined. Now, the more fun but dangerous play would be Hasky. He got 9 carries last week after Mostert went down which was second on the team. He is not an ideal play this week against the Patriots, but if Mostert sits out this week and even next week, Hasky becomes a viable option in deep leagues. Wilson Jr. is still banged up, so it looks like Shanahan’s three-headed monster in the backfield may turn into a backfield with only two heads.

Injuries shouldn’t make anyone happy at all, but you can’t help but be a little excited if you have JK Dobbins on your bench when Ingram goes down. Dobbins received a season high 11 touches last week and this is prime time for him to take over the RB1 duties. Yes, the Ravens are on a bye next week and play strong defenses afterwards, but Dobbins should be in your flex after if Ingram is still not 100% in Week 9. Now, with Edwards it’s a little different. If they didn’t have a bye next week, I would say pick him up because of his work on the goal line and he will see his share of carries. However, with the bye Ingram will likely be healthy enough to come back and maintain his goal line duties and regain his share of the backfield. Nevertheless, Dobbins looks to be a possible flex play from here on out with Edwards as a deep-league pickup.