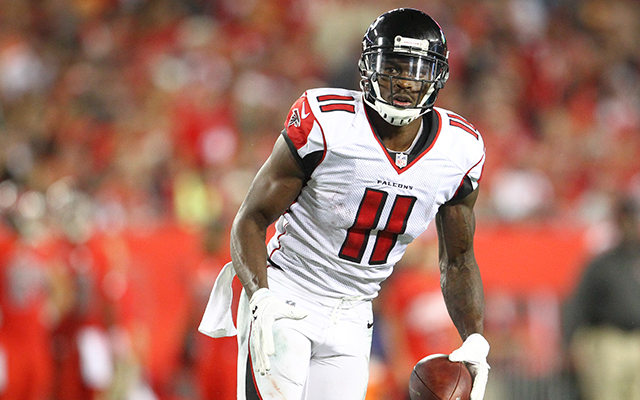 Week 1 is, annually, the week in which we know the least in fantasy football. That is saying something for a game that notifies us consistently of just how much we don't know. But with players on new teams, coaches with new schemes, so much has changed from 2017 that without seeing it for ourselves, we can't possibly expect to forecast with much accuracy what will occur right out of the gate.

This can be frustrating. But it can also be freeing. For one week, we are all taking notes. There will be plenty of time to cast narratives on players and teams. But for right now, we honestly have no idea. And if you believe that the preseason gave you real insight into how things will unfold, would you be interested in this bridge I'm currently selling?

This kind of initial freedom can also extend to how we perceive our fantasy teams in the immediate aftermath of Week 1. I know it seems like an early loss puts you in a hole from which you need to dig out of frantically, especially when there are only 12-13 weeks left before your league playoffs begin.

But 12 weeks is a long period of time. It's 12 weeks! Sorry for the Captain Obvious statement, but just know that losing in Week 1 presents no need to panic. It will happen to half of all owners, and as much as people want to say the NFL season is a sprint rather than a marathon, it's a damn long sprint.

So, let's say that some of your top draft picks underwhelm this weekend. For example, Le'Veon Bell, whom I still expect to play for the Steelers on Sunday**, may end up with a decreased workload thanks to his protracted holdout.

**Editor's Wednesday note: That statement's not looking too smart now.

Say Bell gives you only 47 total yards. Then your second-round pick, Saints wideout Michael Thomas, gives you a mere 45 scoreless yards. And then Rob Gronkowski puts up 33 yards!?! And your starting QB, Cam Newton, suddenly doesn't run at all and ends up with 13 fantasy points!

Your team gets crushed in Week 1! Your studs failed you spectacularly! Oh, what a world, what a world! How will you respond from such a thorough failure?!

You should do nothing. Because what I presented above is exactly what each of those four players did for their fantasy owners in Week 1 last year, and I'd say it turned out well for them in the end. Now, if you want to complain about Thomas' lack of touchdowns during the fantasy regular season, I'll just say that touchdowns are generally fluky -- especially with receivers -- and there's no reason why he can't score 8-10 times this year. In the same vein, for all of you who bypassed Julio Jones in drafts because he doesn't rack up enough TDs, just know that you did a dumb thing and you need to stop being dumb.

The point is that no matter what happens this weekend, no matter if you win or lose, don't get carried away with the results. As long as your players are healthy and getting enough targets and touches, talent usually wins out even if it doesn't appear evident right away. Conversely, don't start acting all haughty just because some of your late-round sleepers look like solid gold. Remember Mike Gillislee from one year ago? Despite his three-touchdown Patriots debut, he was basically out of a job by midseason.

So, just enjoy this weekend. It's supposed to be fun, and there is nothing more enjoyable than Opening Day. There will be plenty of time to fret over your roster and analyze what you need to do in order to chase down that last playoff spot. But Week 1 ain't the time for that.