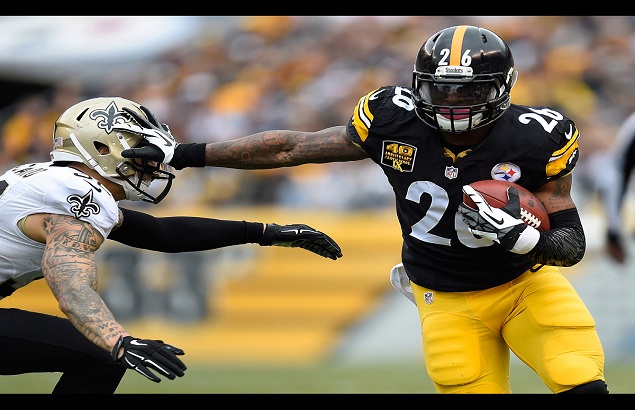 ASL's Etan Mozia tells you how understanding the salary cap can help you dominate your dynasty leagues.

Oftentimes, no clear answer is immediately apparent when we are faced with a tough choice. Whether that choice is taking a new job, buying a new car or relocating, many considerations must be accounted for before deciding what is the correct path. Our lives, holistically, are a result of the choices we make in these situations.

Parallels can be made with your dynasty fantasy football decisions. Questions about age, volatility, and your league’s scoring settings are just a few of the more obvious elements that factor into the roster construction equation. But other important items are often overlooked. Contract situations aren’t usually thought of when talking trades or making waiver wire pickups. Today, we’ll look into what contracts can tell us about our dynasty assets.

NFL teams are only honest with the public in two instances: when they spend their money (contracts, extensions, cuts, etc.) and when they spend their draft capital. Every other utterance by team officials must be taken as smoke and mirrors as each franchise does its best to hide its intentions from the rest of the league. With this understood, it is in a fantasy owner's best interest to capitalize on these limited instances of sincerity. Understanding how the salary cap affects NFL teams’ decision-making processes can be an important factor in gauging the ever-changing values of dynasty assets. Let’s examine three cases that can help illustrate the utility of this line of thought.

Note: I have bolded and put an asterisk beside some key terms throughout the article. Descriptions of these terms can be found near the bottom of the page.

For context, let’s use a player as an example. Joe Flacco, the starting QB for the Baltimore Ravens, was signed to a three-year, $40 million contract extension in March 2016. Though fantasy gamers have a markedly different opinion of Flacco than those in NFL circles, this extension seemingly solidified his starting position with the Ravens for the foreseeable future. Fast-forward two years and that starting spot is less assured as the Ravens drafted QB Lamar Jackson to challenge Flacco for the starting role.

As a dynasty owner with Flacco on your roster, what should you think? Well, based on his cap hit* number of $24.8 million and dead cap* number of $28.8 million, we can assume that Flacco will be the starter in 2018 and will be tough to unseat for the better part of the season. The fact that the Ravens chose to move back into the first round to preserve Jackson’s fifth-year option* shows their intention of giving Jackson a redshirt year in order to learn the NFL game while still keeping him under team control for four additional seasons. That said, things change quickly in the league.

Looking a little further into the future, we can infer that Flacco is indeed on the hot seat, however. In 2019, Flacco’s cap hit rises to $26.5 million, but his dead cap number plummets from $28.8 million to just $16 million. If Baltimore were to cut Flacco then, that $16 million hit combined with Jackson’s $2.15 million salary would still be $8 million less than what they would owe Flacco if they choose to keep him. Thus, it is clear that if Jackson shows any ability to be a quality starter, we should expect the Ravens to move on from Flacco in 2019.

As a quarterback who has averaged a QBR of just 49.4 through the past three seasons, Flacco will be under serious pressure to perform in 2018. If he fails to best that mark by a significant margin this season, his days as a starting QB anywhere, let alone in Baltimore, will likely be numbered. By using our knowledge of the financial implications of Flacco’s situation, it would make sense to declare him a declining dynasty asset. The production cliff may not be that far off.

The Next Jerick McKinnon?

Studying contracts can also illuminate ideal buying windows for players. Tevin Coleman’s situation is a good example of this.

Drafted in 2015, Coleman has spent most of his time playing second fiddle to Atlanta Falcons running mate Devonta Freeman. However, Coleman has seen his workload steadily increase from year to year and received a 44.5 percent split of the opportunity share available  (RuAtt+Tgts) to him and Freeman last season. He gathered 928 total yards and eight touchdowns with those chances.

The Falcons signed Freeman to a five-year, $41.3 million extension* in 2017. His cap number for the 2019 season will be $6.75 million with a $9 million dead cap charge if cut. Coleman is scheduled to become a free agent in 2019. Barring injury, he will likely command a contract with an annual average value in the range of was recently received by RBs Dion Lewis ($4.9 million) and Jerick McKinnon ($7.5 million). Atlanta will likely not be able to afford such a price. If they shock the league and choose to keep both backs, the Falcons would have $12-$14 million invested in just those two players for 2019, significantly above the league's average at the RB position. Coleman will probably find himself on a new team in 2019 as either a lead back or the head of an RBBC. His stock is trending upwards. He’ll likely have a third round startup value in 2019.

Finally, a team’s use of its franchise tag* can also provide some clues on how it feels about a player. This applies to an even greater degree if that tag usage is properly contextualized. The Steelers' back-and-forth dance with RB Le’Veon Bell over his desire for a long-term agreement is the most notable example of this.

Bell, Pittsburgh's second-rounder in 2013, has been nothing short of spectacular for the Steelers and fantasy owners alike during his five seasons in the league. The issue is, Bell recognizes his value and reportedly wants a long-term pact with an annual value in the $16 million range. The Steelers, understandably wary of overpaying for a running back with Bell’s history of injuries and off-field trouble, have chosen to franchise-tag Bell twice. As a result of this tagging, Bell was paid approximately $12.1 million in 2017 and stands to make $14.5 million in 2018.

Bell has some evidence to back up his desire to be paid like an elite player though. In three of the last four seasons, Bell has compiled at least 1,250 rushing yards, 600 receiving yards and nine total TDs. He was responsible for 33 percent of Pittsburgh's yardage total during those seasons. Still, the Steelers haven't seen Bell play a full 16-game season since 2014 and are worried about his durability as the 26-year-old Bell is hitting the back half of his RBs prime years (24-28) with already more than 1,500 touches to his name.

The Steelers have shown that they believe the risk is too great to re-sign their star RB to a long-term deal. Expect Bell to have his contract demands met by another team in 2019. If this occurs, we’ll see if Bell can maintain his high level of production outside of Steel City. His fantasy value could change drastically at that point because matching his current usage rate may be too much to ask for in another scheme.

Don’t take these assertions as a line-for-line guide on how to value these players. Instead, use these examples as a way to begin rethinking your dynasty rosters. If this line of thought has you believing Golden Tate will be paid by a new receiver-needy team in 2019 (rather than agree to a lesser deal in DET) or that Stefon Diggs is likely to remain a Viking because of Adam Thielen’s below-market deal, awesome! That is the point. Develop your dynasty strategies one block at a time and try to consider as many factors as possible. A well-considered plan for your roster will work wonders in helping you bring that championship home this year and beyond.

Cap Hit – The amount of money counted against a team's total salary cap number for the season.

Dead Cap – Guaranteed money that will continue to count against a team's cap number even if a player is cut or traded in a given time period.

Fifth-Year Option – Rookies selected in the first round of the NFL Draft can have their rookie contract extended (at a significant monetary increase) from four to five years. That fifth year is a team-option year.

Extension – An addition of years and money to an existing contract.

Franchise Tag – A controversial stipulation that allows NFL teams to re-sign players to one-year contracts at a rate equal to the greater value: 120 percent of the player’s current contract or the average annual value of the top five players at their position.