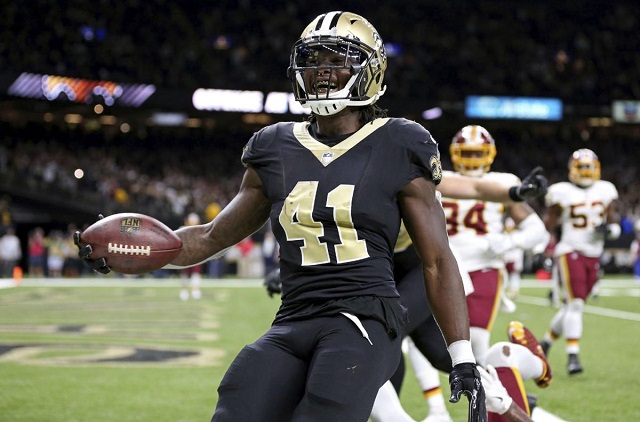 When one has been writing about fantasy football for almost 20 years, you gain a little recognition. Sometimes you get invited to compete against other writers from other publications in fantasy leagues and contests. Over the years, I have had the honor and privilege to play in various experts leagues over that time. A few years ago, I was fortunate enough to win the championship in the FF Webmasters Experts League. I have made it into the playoffs in various experts’leagues with great regularity over the years.

A couple of weeks ago, I was invited by my friend Ian Allen at Fantasy Index Magazine to be in a featured contest there. I am competing against 19 people in an experts poll to forecast the top-20 scorers this season at all of the key positions on a non-IDP fantasy football team.

I enjoy this event immensely. I have competed in the open-competition version for at least the last 10 years or so. In fact, during the five-year period from 2010 to 2014, I ranked among the top 10 overall competitors. In 2014, I won the whole contest over about 200 other competitors. Since then, I have slacked off quite a bit as my recent selections have been cursed by injuries.

The keys to doing well are simple; they center around knowing the rules. It is pretty much normal scoring except for some key points. Not bothering to know the scoring rules is a fatal mistake that many people make in this contest. Research laziness kills many people's chances of doing well in a contest like that.

I feel pretty good about my picks for this year. I examined last year’s scoring results extensively and then used my gut to rank the players. I never use anyone else’s rankings. Everyone brags when something happens the way they said it would, but you never hear comments such as, "Whoops, I missed on that one." I will put my brain’s algorithm talent against any computerized one at any time.

I have been playing since 1985 and I have made thousands of fantasy football decisions. Yes, I am wrong a lot, but I am right more than I am wrong. Injuries figure significantly into these projections. Thus, there is certainly a luck factor.

Right off the bat, you will tell me I forgot quarterbacks such as Andrew Luck, Ben Roethlisberger and Marcus Mariota. Nope, they were intentionally left off. I have little faith in any of them playing enough to hit the top 20.

With 3 1/2 months to go before the season begins, this is all a shot in the dark. Chances are that there will be some surprise players who will be big scorers in 2018, and a few of these guys will be out for the season before the first real games kick off in September. I am not looking forward to a perfect score. All I have to do is be better with my projections than 19 other people. My gut tells me I will have a pretty good shot at winding up pretty high in the expert rankings. Can I win it all? I see no reason why not. We just have to wait until January 2019 to find out.

Now that there are only about two months left until training camps open, buckle up for the journey. My colleagues and I at Advanced Sports logic are intent on helping you become the champion you want to be. Between our top-rated software and our poignant articles, we will be with you for the 2018 season in its entirety. What happens then? That, my friends, is easy. We start over and do it all again in 2019!