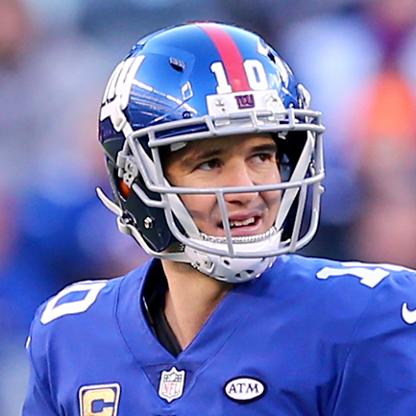 At the beginning of the season the world at large was looking at the New York Jets as a team that was tanking to fix it’s quarterback problem. Earlier in the season they let go of aging vets Brandon Marshall and Eric Decker. It was not a bad move as wide receivers decline but they did little to replace them in free agency or the NFL draft. Then their top option Quincy Enunwa went down for the season in early August. At that point it looked like the Jets offense was going to be the weak point on the team and they were going to have to rely on defense to win. If the Jets could not sustain drives the defense was going to tire and they needed every man on defense to make it work. Then on September first Sheldon Richardson was traded to the Seattle Seahawks for Jermaine Kearse and a second round pick.The Jets got receiver help but not nearly at the cost to their defensive line. They needed that depth to stay fresh.

Apparently, head coach Todd Bowles and the Jets did not get the memo from the front office. The Jets started out 0-2 with losses to the Bills and Raiders and then inexplicably the Jets started a three game winning streak. Most NFL talking heads would have found it difficult for the Jets to win three games the entire season let alone three games by the first week in October. Cade McCowan Is playing just well enough to be sitting at the top of the AFC East. The Jets miracle run should stop this week. They will play The Patriots at home. Despite the home field advantage and a Patriot pass defense that has been very vulnerable this season it will be tough for them to win. Bill Belichick and the Patriots are better than the Dolphins, Jaguars and Browns. The Pats  should ground the Jets and their three game win streak should be done. In the end this winning streak may have costed them the quarterback they covet.

It is possible that New York will end up with the number one draft pick. Before you raise an eyebrow, I am not talking about the Jets. Currently, there are three teams that are winless five weeks into the season. They are the Browns, 49ers and most surprisingly the New York Giants. The Giants have offensive line woes. Teams have been harassing Eli Manning (13 sacks)  and the run game is less than stellar. The Giants are 30th in the league with 77 yards per game. To add offensive insult to injury Odell Beckham suffered through a sprained ankle and in week five he broke it. It has been confirmed that Beckham is done for the season. But the bad receiver news does not stop there. Fellow starting receiver Brandon Marshall was carted off with an ankle injury week five as well. On Tuesday Marshall announced he will have season ending ankle surgery. The Giants will be without their top two wide receiver options and slot man Sterling Shepard is in a walking boot and listed as day to day. SItting at 0-5 the Giants have a legitimate chance at earning the number one overall draft pick due to injury.

There will be few chances for the GIants to win unless they play their best football. They play in a very competitive NFC East and have also drawn the NFC and AFC West divisions this season from the schedule makers. Many consider the AFC West the best division in football. In the NFC West the Rams and Seahawks are playing solid football and will be difficult to beat. Arizona is banged up and vulnerable but the GIants draw them December 24th. By that time the Cardinals should have received a Christmas gift early with a returning David Johnson. The competition for the number one draft pick may come down to November 12th when the Giants travel to San Francisco to play the 49ers. Sadly the Giants do not even have the good fortune of a west coast team coming east to give them an advantage. The Giants may truly be snakebitten this season.

It is still very early to look at the NFL draft. It is interesting to speculate just what might happen if the Giants do earn the number one overall draft pick. The first thought would be for the Giants to draft a left tackle. It would seem unlikely that the Giants would drafty the best quarterback at number one.  Also with so many teams wanting a quarterback The Jets, and 49ers might be willing to trade up a few spots to get their guy. Then they would get their tackle and not pay as much for him. The additional picks would be a bonus. The Cardinals could also trade up although the franchise has a history of trading for acquiring aging vets like Kurt Warner and Carson Palmer. A trade down and New York acquiring a left tackle is a very likely scenario.

There is another possibility. It is less likely but still worth speculating about. Eli will be 37 in January and is no spring chicken. He is a solid quarterback but opportunities to acquire a franchise quarterback are few and far between.  Davis Webb may be the future of the Giants but the odds say he will not become elite. With Sam Darnold and Josh Rosen staring the Giants in the face at number one, if they fall in love with one of the players, then there is a chance they will draft him and develop him or possibly even trade Manning.

If you do not think it is possible consider Eli’s brother Peyton. After missing the 2011 season with a neck injury, the Indianapolis Colts earned the number one overall pick. They then drafted Andrew Luck and released Peyton. The Giants also have a history of trading to get their guy. Few remember Eli was not always a GIant. He was originally drafted number one overall by the San DIego Chargers after a pre draft trade could not be worked out. In the end the Chargers traded Eli to the Giants for Philip Rivers, a 2004 3rd round then a 1st and 5th round draft picks in 2005. The move paid off. Coupled with the Giants dominant defense Manning won two super bowls for the Giants. “4th and 27” will always be a part of the Giants lore. Manning still had to elude defenders and make the pass for Tyree to make the improbable helmet catch. The NFL is a business and if the Giants do their due diligence you could see a new franchise signal caller in 2018.  It would reload the GIants offensively for the future with Beckham, Engram, and Shephard. The Giants would still need to solve their offensive line issues but it would leave them a stronger team long term.

Of course this is all speculative. The Giants still have plenty of football to play yet. As the other New York team has shown, anything can happen on any given Sunday. Still, the Giants have made looking forward into 2018 fun and the speculation around the franchise in the largest media market an entertaining pastime. Only time will tell if either New York team earns the dubious distinction of picking number one in the NFL draft. If the Giants do, who knows what they will do. The decision is not so cut and dry.

Love sports? Get the latest articles from ASL directly in your inbox. Email us at newsletter@advancedsportslogic.com and list the sports you are interested in (NFL, NBA, MLB, NHL, EPL) to start receiving ASL’s newsletter.