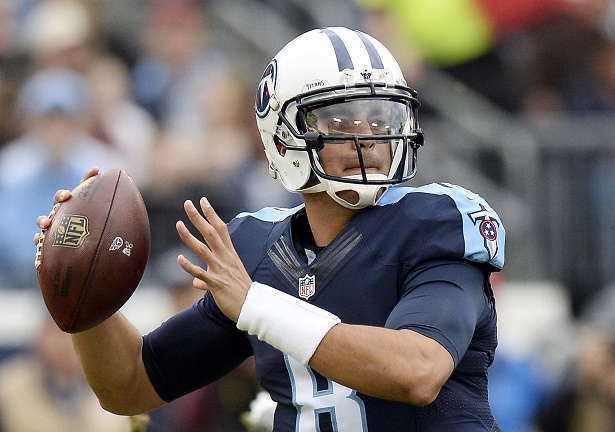 Who will be Marcus Mariota's Top Receiver?

Q) Hey ASL, with Corey Davis going to Tennessee and Rishard Matthews coming on strong last year. Who do you think has the better connection with Mariota this coming season? Don’t forget about Delaine Walker being the force he was at TE last year.
Thanks Cody

A) By Levi Andrew - Cody, With the great addition to his receiver corps of Corey Davis, Mariota has all the tools to succeed this year. But the answer to your question is most likely Matthews starts the year with a better in game connection with Marcus and Corey comes on strong down the season. I think both will benefit from being across from each other equaling great opportunities for each player. Yes, Walker will benefit too. So will Murray. Tennessee should be a Fantasy Force this year both on Offense and Defense.

Thanks for your question and I hope this answer helps you.

Why is Ronnie Hillman Unemployed?

Q) Hey ASL, I am wondering why Ronnie Hillman is having trouble finding a job. In his 2015 season he had four 100+ yard games. He never missed a game, but was only given the ball 207 times and went for 863 yards and 7 TDs, averaging 4.2 yards per carry. In addition he was targeted 35 times for 24 catches and 111 yards. That’s a total of 974 yards, which seems like solid performance. From 2012 to 2015 he had less opportunity, but per carry and per attempt were also solid. In the 2016 season he was juggled around and had less opportunity. He is still only 25 years old and seems like he has really solid performance when given the chance. Thanks, Paul

A) By Josh Rabbitt - Paul: Ronnie Hillman has always had boatloads of speed, and was a pretty decent ball carrier. However, Hillman always had one huge problem. That was keeping Peyton Manning healthy. Ronnie always gave good effort at attacking a blitzing linebacker. However physically he just couldn't match up. When you are with Manning, you need to be able to pick up a blitz as you never know when the call will change.

Ronnie also didn't really work as a "satellite" back or a pure catcher of the football.  It's not that he didn't have ok hands, he just never looked comfortable running routes and didn't look natural catching the football.  There were also rumors of him not knowing the entire playbook flying around Denver.  Who knows if that was the actual issue, but usually where there is smoke there is fire.

All that being said, it is pretty surprising the 25 year old homerun hitter can't find work somewhere in a training camp. I would imagine he will get a call for a workout as injuries start to hit in camp.

Send ASL your fantasy sports questions to This email address is being protected from spambots. You need JavaScript enabled to view it..